R ishi Sunak and Liz Truss have exchanged many heated words during the race to become the next prime minister, yet their actions as MPs have often spoken louder.

Our analysis reveals how the two candidates have voted in hundreds of Commons votes over the last decade.

Explore their voting records yourself below, or read on to learn where they stand on the key issues.

The key issues of the campaign

As the UK's cost of living crisis intensifies, the candidates' approach to the economy has been front-and-centre of the campaign.

Ms Truss has promised tax cuts from day one if she is elected prime minister, while Mr Sunak has argued that now is not the time, instead pledging to cut taxes once inflation abates.

However, their records on tax are not so clear cut, and the voting data — compiled and analysed from Hansard and vote tracking site PublicWhip —  shows they have not always supported lower taxes.

Lowering taxes on pay and income For instance increasing the personal allowance on income tax, or lowering national insurance contributions STANCE ON ISSUE 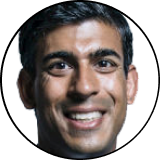 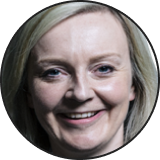 Two recent tax rises stand out on both of their records, though particularly on Mr Sunak’s given that he was chancellor at the time: the freezing of the personal allowance for income tax and the rise in national insurance contributions in 2021.

These tax rises — still in place to this day — have provided ample ammunition for Mr Sunak’s opponents, allowing them to question his commitment to Conservative values.

Yet the data also shows that Ms Truss, who was the first of the two to become an MP, has backed additional tax rises that Mr Sunak managed to avoid.

For instance, Ms Truss took part in at least eleven votes in support of a rise to VAT at the beginning of her parliamentary career.

In the summer of 2010, she backed the coalition government's 'emergency Budget', which increased VAT from 17.5 per cent to 20 per cent as part of measures to shore up public finances in the wake of the 2008 financial crisis.

She then, along with fellow Tory MPs, consistently defended the hike by voting down Labour efforts to reverse it or offer exemptions, for instance to charities.

On the flip side, Mr Sunak’s recent taxation measures have earned him, on paper, a stronger record than Ms Truss on tackling energy prices — no doubt a priority for the next prime minister as winter looms.

Jul 11, 2022. Energy (Oil and Gas) Profits Levy Bill — Third Reading A majority of MPs voted in favour of a windfall tax on energy company profits to fund cost-of-living support for households. Sunak voted with the majority. Truss was absent for the vote.

Mr Sunak’s record is also buoyed by the introduction of the energy windfall tax earlier this year, which used the profits of oil and gas companies to fund cost of living support for households.

In contrast, Ms Truss’s record is again haunted by the coalition years, during which she voted against Labour motions calling for measures like a freeze to energy prices, or cheaper tariffs for over-75s.

Aside from the economy, polling has shown that Tory members are keen for the candidates to show that they can control immigration, and both have pledged to toughen border rules.

The voting data reveals that Mr Sunak and Ms Truss have near identical records on the issue.

Both have consistently backed measures to crack down on illegal immigration; from supporting laws that make it illegal for immigrants to work if they have not been granted leave to enter or remain, to voting against a ban on the immigration detention of those who are pregnant.

Similarly, they both have tough records on asylum, which is of particular relevance given the Government’s recent failure to relocate asylum seekers to Rwanda.

Another topic the two candidates are being judged on is their ability to deliver Brexit, with the main point of contention being Ms Truss’s support for Remain in the 2016 referendum, versus Mr Sunak’s backing of Leave.

This split is reflected in the data, with Ms Truss voting on several occasions for more EU integration pre-2016.

However, in the wake of the referendum, both Mr Sunak’s and Ms Truss’s positions shifted significantly, with both voting consistently against any measure that would have kept the UK in the EU.

Jul 20, 2022. Northern Ireland Protocol Bill — Third Reading A majority of MPs voted in favour of the Bill, which gave ministers the power to scrap parts of the post-Brexit deal between the UK and the EU in relation to Northern Ireland. Sunak voted with the majority. Truss was absent for the vote.

Aside from revealing what Ms Truss and Mr Sunak have voted explicitly for and against, the data also reveals the many controversial issues that neither have cast a vote on.

One example is the issue of legalising assisted dying. In 2015, the Commons held the first vote on the issue in 20 years in the form of the assisted dying private members’ bill introduced by Rob Marris, the former Labour MP.

MPs overwhelmingly rejected the bill, but neither Ms Truss or Mr Sunak turned up to the vote, perhaps with an eye to keeping their position ambiguous on such an emotive issue.

Our voting data has been gathered from vote tracking site PublicWhip, as well as Hansard, the official record of Parliament.

Each of the House of Commons votes we have gathered has been assessed with respect to what it says about support for a certain issue.

Sometimes that means voting against a bill can represent a vote in support of an issue, and vice versa.

If nearly all of a candidates votes are in favour of an issue, we label them as being ‘strongly for’ an issue. Otherwise, they are either ‘moderately for’ if they still have a significant number of votes in favour or ‘ambiguous’ if they have essentially as many votes in favour as votes against.

The same logic applies to labelling candidates ‘strongly against’.

For issues with only a handful of relevant votes, we have only opted to label the candidates as ‘moderately’ for or against.

Sunak vs Truss: How their voting records compare have 1808 words, post on www.telegraph.co.uk at September 2, 2022. This is cached page on Europe Breaking News. If you want remove this page, please contact us.