Ahead of its release, Patina, 37, spoke to Digital Spy about the explosive scenes coming up this season.

It follows the shocking events of season one, which culminated in Kanan shooting Detective Malcolm Howard and leaving him for dead — completely unaware the police officer is his dad.

However, Malcom survived the shooting, meaning he could be back to tell his son the truth.

Meanwhile, drug queenpin Raq will be scrambling to make sure her secret doesn't come out.

"[Raq] has her soldiers and so from a business standpoint, she's very secure. But she knows that her family life is not as secure, and that's where it's rocky. Raq, being the matriarch, is trying to get everyone on the same page," she explained to Digital Spy.

There's been a three-month time jump since the first season finale, during which Kanan had some time away.

READ MORE ON THE SUN 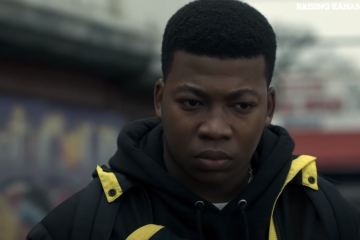 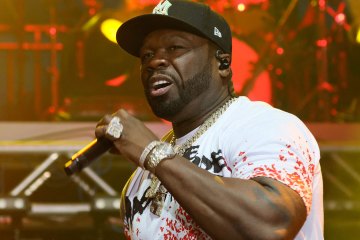 Patina added: "She's unsettled because Kanan's back, she's trying to figure him out. He's been gone for three months – a lot has changed. He's changed. Malcolm's not dead, so the secret is still there.

"For her, it's about managing that, so her headspace is like… She's quick, right? Like she's thinking a mile a minute at all times of 'how can I put out this fire and sort of try to connect with Kanan to sort of get an idea of who he is?'"

Season two really digs into Kanan and Raq's characters on an emotional level.

"She spends the first part of the season really trying to reach him. Because she doesn't recognise – as she wouldn't, because of what he did – how that's affected him as a 16-year-old."

Most read in News TV

Kanan actor Mekai Curtis added that everything has changed for his character in season two.

"Everything that Kanan has known his entire life is Raq, and what Raq has set up for him in this life. That's his family. That's Jukebox, that's uncle Marvin, that's Uncle Lou. That's this enterprise she's built, so that's all he knows," he said.

But now, Kanan has started to question everything.

"And the questions keep piling up until it all kind of just topples down, and that's where we are with it," Mekai added. "It's just him just trying to figure things out and it naturally will shake a lot of foundational trust or foundational beliefs in a lot of Kanan's life."

Power Book III: Raising Kanan is a prequel to the TV franchise which stars rapper, actor and producer 50 Cent , whose real name is Curtis Jackson, as the adult version of Kanan Stark.

While Raising Kanan focuses on his younger years, 50 Cent is an executive producer on the show.

Power Book III: Raising Kanan is available to stream on Starz and Starzplay. New episodes are released every Sunday.

Raising Kanan star teases explosive scenes as Raq’s huge secret is exposed have 874 words, post on www.thesun.co.uk at August 15, 2022. This is cached page on Europe Breaking News. If you want remove this page, please contact us.