Lisa Kudrow has revealed she would do anything Friends co-star Courteney Cox asked her to do during a humorous chat on Tuesday’s The Ellen Show.

The Phoebe Buffay icon, 58, who reunited with her Friends co-stars back in May,  played fun game, Lisa Blanking Kudrow . where the star had to answer candid questions about herself by filling in the blank.

One read: ‘I would do anything blank asked me to.’

Friends talk: Lisa Kudrow has revealed she would do anything Friends co-star Courteney Cox asked her to do during a humorous chat on Tuesday’s The Ellen Show

‘More so than your child?’ Ellen retorted. Kudrow resppmded, ‘You know, if he asks me something that’s inappropriate, I have to say no.’

Lisa then changed her answer to her son, 23-year-old Julian Stern whom she shares with husband Michel Stern.

The TV veteran was on the daytime talk show to promote her series HouseBroken.

The possibility of a third season of Lisa’s sitcom, The Comeback, was also discussed, with Ellen saying: ‘By the way, your hair looks very similar to your character in The Comeback. I'm hoping The Comeback comes back.

‘I know, wouldn't that be fun?’ said Lisa and Ellen then shared: ‘It sure would. That was such a brilliant show. Do you think you'll do another one?’

Always busy: The TV veteran was on the daytime talk show to promote her series HouseBroken 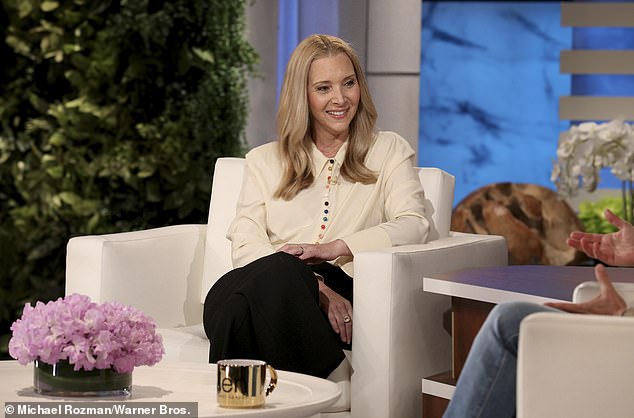 Follow Lisa’s lead in a cream blouse by Chloe 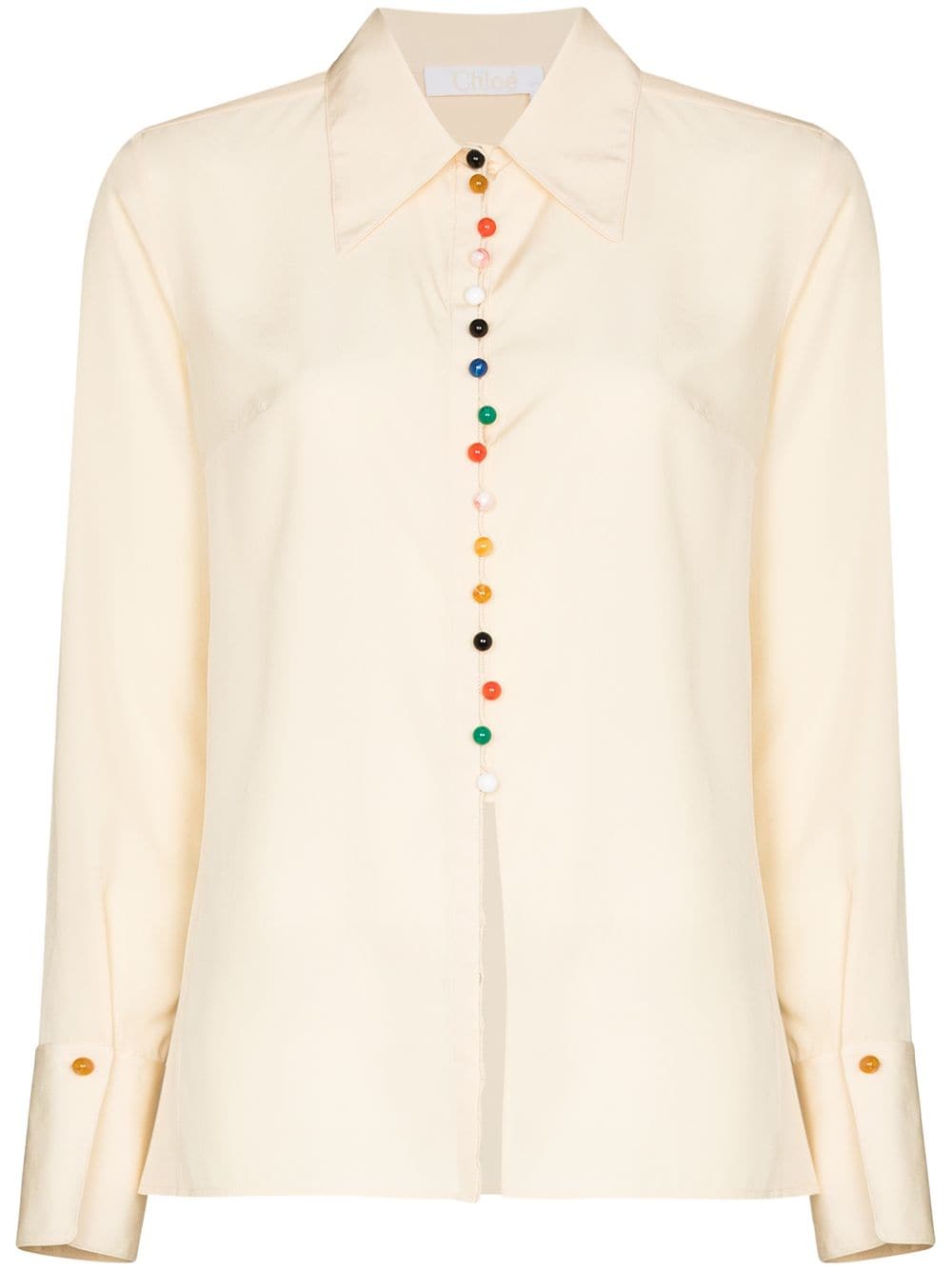 Shop it at Farfetch…

The main attraction of this outfit is her gorgeous Chloe blouse, which is a cream colour and features rainbow beaded buttons down the front. Straight from the Spring/Summer ’22 collection, it’s spot on for the new season!

Click through to buy it now at Farfetch. It’s not cheap, but it’s a fresh twist on a classic and will work really hard in your wardrobe.

Or keep it chic in a similar shirt from Reformation, LK Bennett, Superdry or SilkFred.

DeGeneres then asked to be in the series because ‘I won't have anything to do’ now that her talk show is ending.

Kudrow also talked to Ellen about a Romy And Michele High School Reunion sequel, which she said she was up for.

In mid March Lisa said the revisit would be ‘really fun’.

Mother and son: Lisa then changed her answer to her son, 23-year-old Julian Stern whom she shares with husband Michel Stern (Lisa and Julian are pictured in May 2019)

The actress starred alongside Mira Sorvino in the comedy film ‘Romy and Michele’s High School Reunion’ as a pair high school failure who fake their career in order to impress old classmates at a ten-year reunion and Lisa finds the prospect of a sequel exciting.

She said: ‘Tell Disney you want a sequel. [Producer] Robin Schiff will figure it out. She’s got ideas brewing. Yeah, I would. [like to do it] I think it would be really fun!’

The comedy star – who was at the height of the fame with playing Phoebe Buffay in ‘Friends’ at the time the original film was released – also quipped that it would be interesting to find out what the quirky characters would be like in their 50s.

Speaking to Entertainment Tonight, she added: ‘And then a little like, ‘What are they like at our age?!’

A good film: Kudrow also talked to Ellen about a Romy And Michele High School Reunion sequel, which she said she was up for

Meanwhile , the former ‘Friends’ actress is now starring as Aunt Heidi – a former Broadway star and aunt of aspiring actor Nate Foster – in ‘Better Nate Than Ever’ and spoke about how much she ‘enjoyed’ working on the project.

She said: ‘Very much. I enjoyed working on this incredible…It is an incredible, I’ve seen it. I’m excited to see it. When someone’s just being their true self and everything goes right, you want to cry.’

Lisa worked with teen actors Rueby Wood and Aria Brooks on the coming-of-age musical and gushed about how her young co-stars ‘blew [her] away’ as she praised their professionalism.

She added: ‘Rueby and Aria. They blew me away. They were so great. They were so nice. And we got to like, hangout. Not out. But, in between, we all were in the same space, in the same room, and it was great. I loved talking to them a lot. They always knew their lines. And if they didn’t, it was OK, and who cares, I never know my lines. So, that’s OK.’

Two blondes having fun: Lisa and Mira Sorvino seen in the poster for the 1997 movie

'Well that's easy!' Lisa Kudrow reveals she would do anything Friends co-star Courteney Cox asked her to do in hilarious interview have 1286 words, post on www.dailymail.co.uk at March 29, 2022. This is cached page on Europe Breaking News. If you want remove this page, please contact us.