German Foreign Minister Annalena Baerbock has said she will seek a diplomatic solution to the crisis between Ukraine and Russia during her first official trip to the two countries.

She cautioned, however, that Moscow would face a firm response if it resorted to military escalation.

Baerbock’s two-day trip comes as a build-up of Russian troops and military equipment on the border to Ukraine, a former Soviet state, is raising fears that Moscow might be intending to invade its neighbor.

What is on the agenda?

In Kyiv, she has met with representatives of the observer mission from the Organization of Security and Cooperation in Europe (OSCE) and Foreign Minister Dmytro Kuleba. She also held talks with Ukrainian President Volodymyr Zelenskyy.

Following her trip to Ukraine, Baerbock flew to Moscow in the evening. She is scheduled to hold talks with her Russian counterpart, Sergey Lavrov, later on Tuesday.

At a press conference after talks with Baerbock, Kuleba thanked Germany for its support and friendship. He also expressed gratitude for the way Baerbock’s Green Party opposed the gas pipeline Nord Stream 2, an opposition that stands in contrast to the stance of its coalition partner, the Social Democratic Party (SPD).

Kuleba also said Ukraine and Germany were seeking to revive peace talks with Russia and France to find a resolution to the conflict in eastern Ukraine. He stressed that Germany and France should consult his country in all decisions with regard to the conflict.

Baerbock said the key message she was bringing to Ukraine was that of European solidarity for the sovereignty and territorial integrity of the country. She said any aggression against the country would come at a high price for the aggressor.

US: Russia is preparing pretext for Ukraine invasion

Baerbock also said she wanted to bolster relations between Germany and Ukraine on the 30th anniversary of the establishment of diplomatic ties between the two countries. She emphasized that any talks about Ukraine would always be with Ukraine’s involvement.

She said talks had touched on initiatives to modernize the country’s energy sector, the development of the market for green hydrogen and support measures to protect against cyber attacks.

In remarks made ahead of her arrival on Monday, Baerbock said that “we are ready to have a serious dialogue about joint agreements and steps that bring more security for everyone in Europe, Russia included.”

“But we cannot and will not depart from the fundamental principles of the Helsinki Final Act, which have protected Europe from the nightmare of a large-scale war in the past 50 years. They include territorial inviolability, the free choice of alliances and the renunciation of threats of violence as a political means,” she added.

Robin Wagener, a Green Party member of the German parliament, told DW that Baerbock had been clear with Moscow.

“She has underlined a need for European solidarity for the sovereignty and territorial integrity of Ukraine, saying it is not up for debate,” said Wagener.

“The problem must be solved in a diplomatic way and the talks are the necessary means for that, but to have serious and honest talks we need to have clear positions,” he said. “Our position is very clear that we will react to any violation of these has in the final act and the security in Europe with very clear and very clear measures and political and economic sphere.”

The head of DW’s Kyiv Bureau, Mathias Bölinger, said Germany was sending “a strong signal to Moscow” that it supported Ukraine by having Baerbock stop in Kyiv before heading to Moscow.

However, he said Ukraine was not happy about Germany so far blocking the delivery of defensive weapons, and that this would likely be high on the agenda of talks during Baerbock’s visit.

A promise to listen

Baerbock, who has promised to implement a values-based approach to foreign policy during her tenure, emphasized the importance of dialogue between nations, but also said she would remain firm in presenting the West’s stance.

“A prerequisite for diplomacy is to understand the viewpoint of the other party, even if one is sometimes of the completely opposite opinion,” she said.

“That is why inaugural visits like these are particularly important in difficult times. I will listen very carefully to the people I talk with both in Moscow and Kyiv. But I will also clearly explain the stance that we in the EU, the G7 and the trans-Atlantic alliance all take,” she added.

She said she would seek diplomatic resolutions to various tensions between Moscow and Kyiv, including those surrounding the conflict in eastern Ukraine, where Russia-backed separatists are fighting the Ukrainian government.

“I will sound out … whether there is any readiness to reach solutions on the diplomatic path — particularly to reanimate the Normandy process and at last make progress in the implementation of the Minsk Accords,” she said.

Baerbock was referring to the so-called Normandy Format of Germany, Russia, Ukraine and France, an informal contact group created in mid-2014 in a bid to resolve the conflict in eastern Ukraine. Talks in this format stalled from 2016 until autumn 2019.

In 2015, the group came up with a package of measures to stop the fighting at a meeting in Minsk during talks overseen by the Organization for Security and Cooperation in Europe (OSCE). So far, the deal has not been fully implemented. 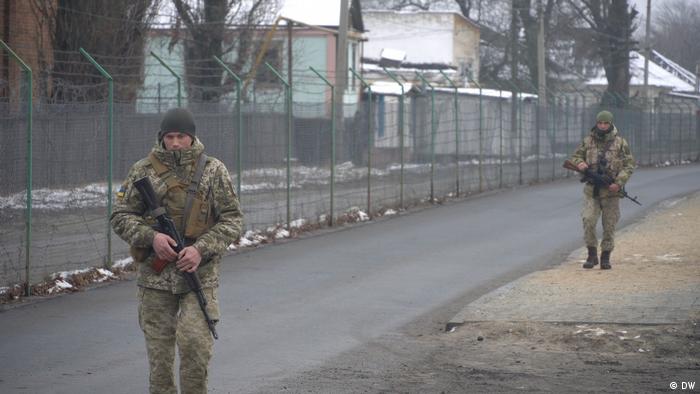 The conflict in eastern Ukraine has cost some 14,000 lives, according to the UN

What are the other tensions between Russia and Ukraine?

Apart from the conflict in the Donbass region of eastern Ukraine, in which, according to UN estimates, more than 14,000 people have died, relations between Moscow and Kyiv have long been strained over Russia’s annexation of Crimea in 2014, a move condemned by many Western countries.

Recently, Russia has amassed troops along its border with Ukraine while calling on NATO to cease its eastward expansion and to rule out accepting Ukraine as a member. Both demands have been rejected by the alliance.

Tensions have also arisen over the construction of the gas pipeline Nord Stream 2, in which Germany has played a major role. The pipeline, which is intended to carry gas from Russia to Germany, does not cross Ukrainian territory, which means that the Ukraine would lose its status as the most important transit land and the revenue that comes with it. 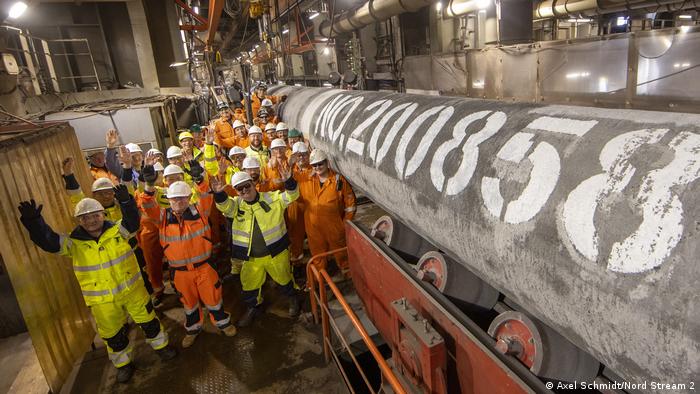 Ukraine has also angered Moscow by closing down five Russia-friendly TV broadcasters and blocking two news websites. In addition, one of the main pro-Russia parliamentarians in Ukraine, Viktor Medvedchuk, who says he is a “personal friend” of Russian President Vladimir Putin, has been under house arrest for months after being accused of high treason.

Life on the front line in Ukraine’s Donbass region

Germany's Baerbock visits Ukraine amid rising tensions with Russia have 1331 words, post on www.dw.com at January 17, 2022. This is cached page on Europe Breaking News. If you want remove this page, please contact us.