The Comoros Islands’ fairytale run at the Africa Cup of Nations came to an end as the Coelecanths lost 2-1 to hosts Cameroon in the last-16, although the Indomitable Lions’ victory was marred by a stampede outside the stadium that left several dead.

Comoros, from an island nation of just 860,000 and making their first ever appearance at AFCON , weren’t even expected to make it past the group stage, and the situation was made even more remarkable as injuries and a positive COVID-19 test forced them to start with outfield player Chaker Alhadhur in goal.

To make matters worse, captain Jimmy Abdou was then sent off after just seven minutes for a foul on Cameroon’s Moumi Ngamaleu.

Down to ten men, Comoros kept their shape and tried to build from the back but they were soon prised open by a Karl Toko Ekambi goal on the half hour.

Despite their numerical advantage, Cameroon – with Bayern Munich striker Eric Maxim Choupo-Moting up front – struggled to increase their lead and Comoros surged forward in search of an equalizer. They fought bravely until the second half when Vincent Aboubakar finally doubled the hosts’ advantage, taking his personal tally for the tournament to six.

The Comoros had a glimmer of hope when Youssouf M’Changama fired a free kick past Andre Onana to set up a nail-biting finish, but it was too little, too late. 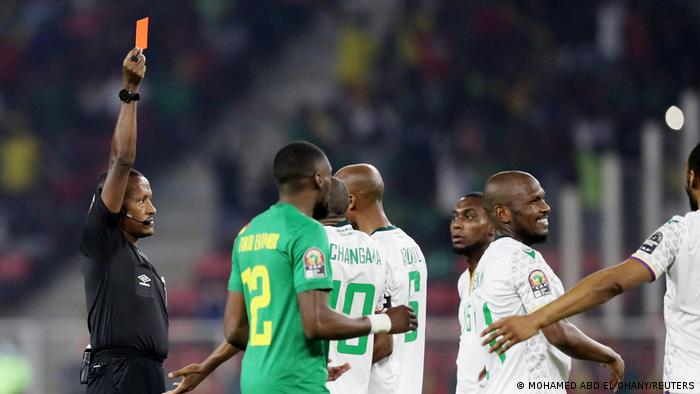 Despite the defeat, Comoros exit the tournament with their pride in place and a continent applauding their performance. And for all who would have struggled to point out the country on a map, they certainly gave everyone a geography lesson.

The Coelecanths had the most unlikely qualification to the round of 16. Having lost their first two group games against Gabon and Morocco, they sensationally defeated Ghana 3-2 to grab a lifeline . But they needed other results to go their way to book one of the four remaining tickets for the knockout phase for the best third-placed teams.

And that is where it got complex. Nigeria and Egypt needed to win their games against Guinea Bissau and Sudan respectively, Equatorial Guinea needed to beat Sierra Leone, and Ivory Coast also had to get a win against Algeria. Any other results and the tiny Indian Ocean team would have been on the way home.

As impossible as it looked, the stars aligned for the Islanders as all the results turned out in their favour, and coach Amir Abdou’s team certainly made the most of the opportunity.

Gambia get past Guinea

Debutants Gambia also progressed to the quarterfinals with a 1-0 victory against Guinea on Monday. The Scorpions, who are the lowest ranked team left in the competition, have been a revelation so far. Musa Barrow, who plays his football in Serie A with Bologna, scored the game’s only goal in the 71st minute.

Gambia will now face hosts Cameroon on Saturday with a place in the semifinals up for grabs. AFCON: Ten-man Comoros' fairy-tale run ended by Cameroon have 796 words, post on www.dw.com at January 25, 2022. This is cached page on Europe Breaking News. If you want remove this page, please contact us.