Oct. 7 – 10: The Korean National Opera is performing Camille Saint-Saëns' grand opera "Samson and Delilah" for the first time in 40 years to mark the 100th anniversary of the French composer's death. The piece has not been performed in Korea since being premiered by the company in 1980.

The opera is based on the famous story in the Bible, found in the Book of Judges. It's the only opera by Saint-Saëns that is regularly performed in Western countries.

The performance begins at 7:30 p.m. on Thursday and Friday, and at 3 p.m. on Saturday and Sunday.

The Saturday performance will be streamed live via My Opera Live.


Oct. 8 and 10: Following the success of the Gagok Festival held over the summer, the Seoul Arts Center decided to organize a special performance to showcase gagok , a genre of Korean vocal music that combines emotional and poetic lyrics with instrumental accompaniment, in a drama-style concert.

The concert will invite actor Kim Myeong-gon to host. Kim will interact with the audience to help them understand the songs that have stories better. A total of 28 gagok pieces that have been loved by Koreans for nearly 100 years have been selected for the upcoming performance.

Oct. 9 – 11: The annual jazz festival is back and the lineup for the upcoming event so far includes: Sunwoojunga with band Swja on Oct. 9; Kim Hyun-chul, Nam Woo-sun, Song Mi-ho, Oh Eun-hye and Suh Soo-jin as well as Kim Bo-ra Jazz and Minyo Project on Oct. 10; and Cho Eung-min and Bada Jazz Liners and Chung Won Young Band on Oct. 11. 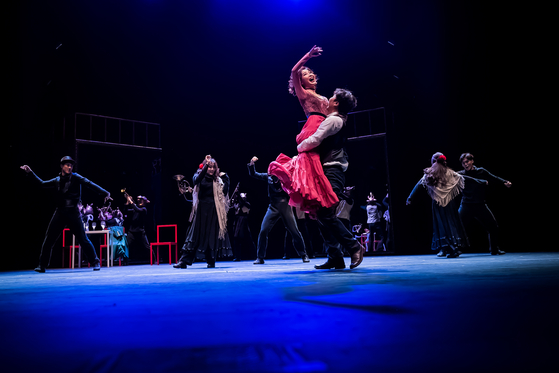 Oct. 12 – 31: To celebrate the 20th anniversary of its founding, the Performing Image Art Center, also known as Theater Piac, decided to put on a stage production of "The Brothers Karamazov" based on the novel by Russian author Fyodor Dostoevsky. Director Na Jin-hwan says he attempts to question the audience members about the existential meaning of human existence. The troupe had staged the play last year and became one of the best-selling tickets on Interpark. It's divided into two parts and will run for a total of six hours.

Actor Jung Dong-hwan will play the role of the grand inquisitor. 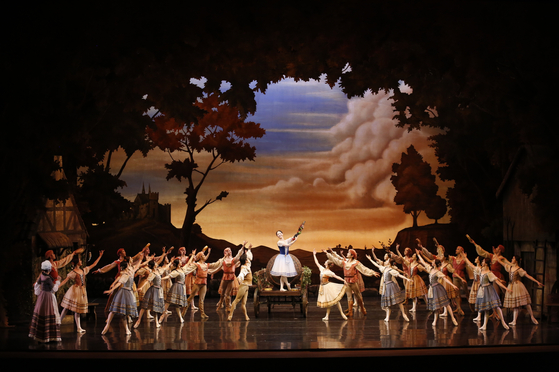 Oct. 29 – 31: Popular romantic ballet "Giselle" will be performed by the Universal Ballet. The company’s production of "Giselle" premiered in 1985 and began touring the world in 2011, holding sell-out performances. It is now considered one of the company's representative pieces.

The ballet follows Giselle, a young girl who dies of a broken heart after learning that her lover is involved with someone else.

Through Oct. 31: A dynamic mix of rock music and monologue, this eight-time Tony-nominated musical follows the life of a band called The Angry Inch. The Korean production of the musical premiered in 2005.

The story revolves around a boy named Hansel living in East Germany in 1988.

One day, a U.S. lieutenant proposes to marry Hansel if he changes his gender to female. Hansel eventually decides to adopt the name Hedwig and undergoes a sex change operation, but it fails. He flies to Kansas only to find that he has been dumped.

Oct. 9 – 31: A play adaptation of Louisa May Alcott’s “Little Women” will be performed at the Dream Art Center in Daehangno in central Seoul, for three weeks only.

The story follows the lives of the four March sisters— Meg, Jo, Beth, and Amy — and details their passage from childhood to womanhood.

Song Jeong-ahn, behind the Korean musical “Pan” took the helm in directing the play.

As for the cast, actors So Jeong-hwa and Shin Eui-jeong alternate the role of Meg. Choi Yoo-ha will play the second sister Jo, while Hong Ji-hee and Jeong Woo-yeon have been cast to play the third sister Beth.

The role of little sister Amy will be played by Park Ran-joo. 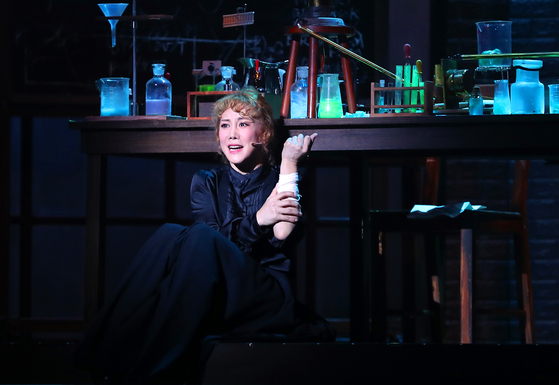 Nov. 4 – 7: Musical actor Kim So-hyang is holding a solo concert to celebrate her 20th anniversary of her debut. The upcoming concert is her first solo concert. Kim made a debut in 2001 as an actor then released several CCM albums. In 2014, she became the first Korean singer to sing the American national anthem at an NBA game.

During the concert, Kim will be singing various musical numbers she's starred in, including "Marie Antoinette," "Ludwig," "Smoke," "Marie Curie," and "Xcalibur."

The story takes place in the 1980s, during a coal miners' strike in Northern England. Billy happens to stumble across ballet during one of his boxing classes, and his life is changed forever after he discovers his love, and talent, for dance.

"Billy Elliot" is a heartwarming and humorous story about a young boy and his family trying to fulfill their dreams through music and choreography.

The kids who have been cast to alternate the role of Billy are, Kim Shi-hoon, Lee Woo-jin, Jeong Kang-hyuk and Joo Hyun-joon.

*Most tickets are available at ticket.interpark.com/global or by calling 1544-1555.

2021 Oct. 5 Ticket have 1553 words, post on koreajoongangdaily.joins.com at October 5, 2021. This is cached page on Europe Breaking News. If you want remove this page, please contact us.