Paulina Porizkova is displaying her true sense of self.

The 56-year-old model isn't afraid to transcend the stereotypes often placed on women and Tuesday's social media post was no different. Porizkova took to Instagram and bared all in an artistic nude mirror selfie that left nothing to the imagination.

“After work and a leisurely bath, I was bored, which led to this celebration of narcissism, the naked selfie,” the Vogue cover model captioned the snapshot taken while on vacation in Italy. “What else was there to do? I mean, besides things like reading a good book or watching Italian TV.”

The widow of the late Ric Ocasek spoke to the social norms and double standards adding, “But it made me wonder what would happen if you gave a man a mirror and a camera and lots of spare time, versus a woman.” 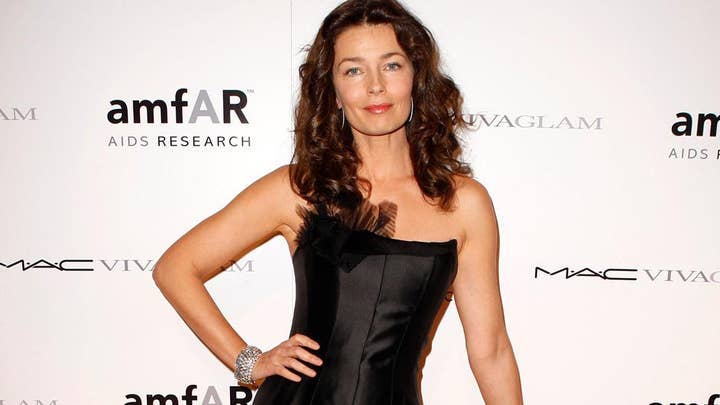 The Czech-born Swedish supermodel also pressed that anyone with a slight distaste for nudity need not meander on her post for long, writing: “And for all of you who have a rough time with nudity, this thread will not be a safe place for you. Godspeed.”

Porizkova recently appeared “full frontal” on the cover of Vogue CS and at the time made mention that the photos taken in her apartment were “unretouched” and even admitted that she didn't expect the shots to make the cover at all.

PAULINA PORIZKOVA'S 'FRONTAL NUDE' VOGUE COVER WAS UNRETOUCHED: 'FIGURED WE'D HAVE A PAGE OR TWO IN THE BACK'

“It's unretouched,” Porizkova told Page Six Style in May.

“As soon as it came out, Twitter was like, 'Well, fine, retouch [the photos] and then sure, they'll look fine,'” she added of the detractors who felt the images might have been photoshopped.

“It's like, no, no, no … it was Marie [Tomonova's] photography” the model explained. “Obviously, you could take a much worse picture than that of me, but you wouldn't want to see that on the cover, right?”

The photos apparently showed so well that they were placed on the front cover as Porizkova said she had no idea where they would go in the publication.

“I just thought we were screwing around, quite frankly,” she maintained to the outlet, adding that she was going for a “very chill” and “casual” vibe during the shoot.

“You know, we were all just hanging out, speaking Czech, having a good time taking some pictures … I figured we'd have a page or two in the back of Vogue,” Porizkova recalled.

These days, Porizkova has since found love with director Aaron Sorkin.

She and the late Ocasek share two sons Jonathan, 27, and Oliver, 22.

Julius is an LA Entertainment Reporter for Fox News.

Paulina Porizkova bares all in nude selfie during Italy vacation: 'What else was there to do?' have 605 words, post on www.foxnews.com at July 6, 2021. This is cached page on Europe Breaking News. If you want remove this page, please contact us.