She’s weeks away from welcoming her first child.

And Ellie Goulding proudly displayed her growing bump as she visited a London art gallery on Wednesday with husband Caspar Jopling.

Looking stylish in a zebra print top, Ellie, 34, rested her hand on her hip as she revealed her baby bump while browsing the colourful artwork.

Day out: Ellie Goulding proudly displayed her growing bump as she visited a London art gallery on Wednesday with husband Caspar Jopling

The Burn singer wore her bright blonde hair loose, and donned a black face mask in keeping with pandemic protocol.

Ellie kept warm in a zip-up black jacket in the snap posted by Caspar.

The couple’s fun outing comes after Ellie revealed she’s embracing her new figure ahead of her first child’s arrival this month.

In a new interview the singer said: ‘A revelation: I’ve always had a runner’s body and now I have a bigger ass and these rather nice boobs!’

‘I now have a bigger ass and rather nice boobs!’ Ellie recently revealed she’s embracing her new figure ahead of her first child’s arrival next month 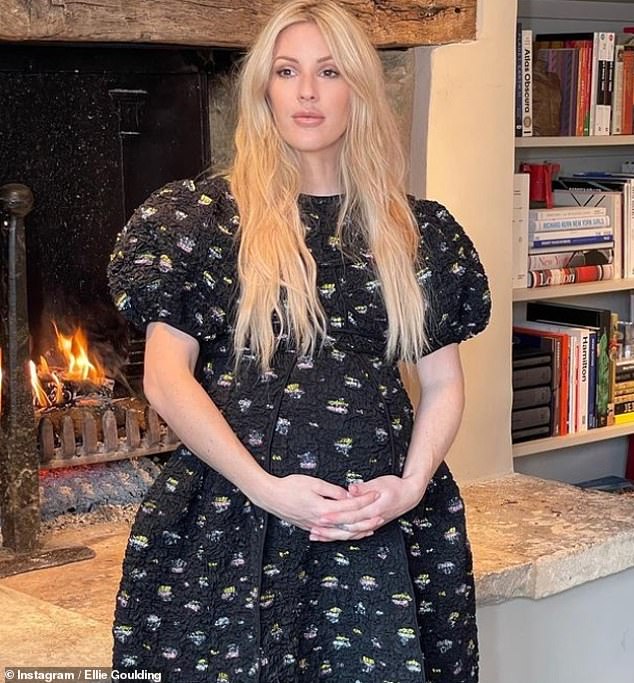 Blossom like Ellie in a floral dress by Cecilie Bahnsen 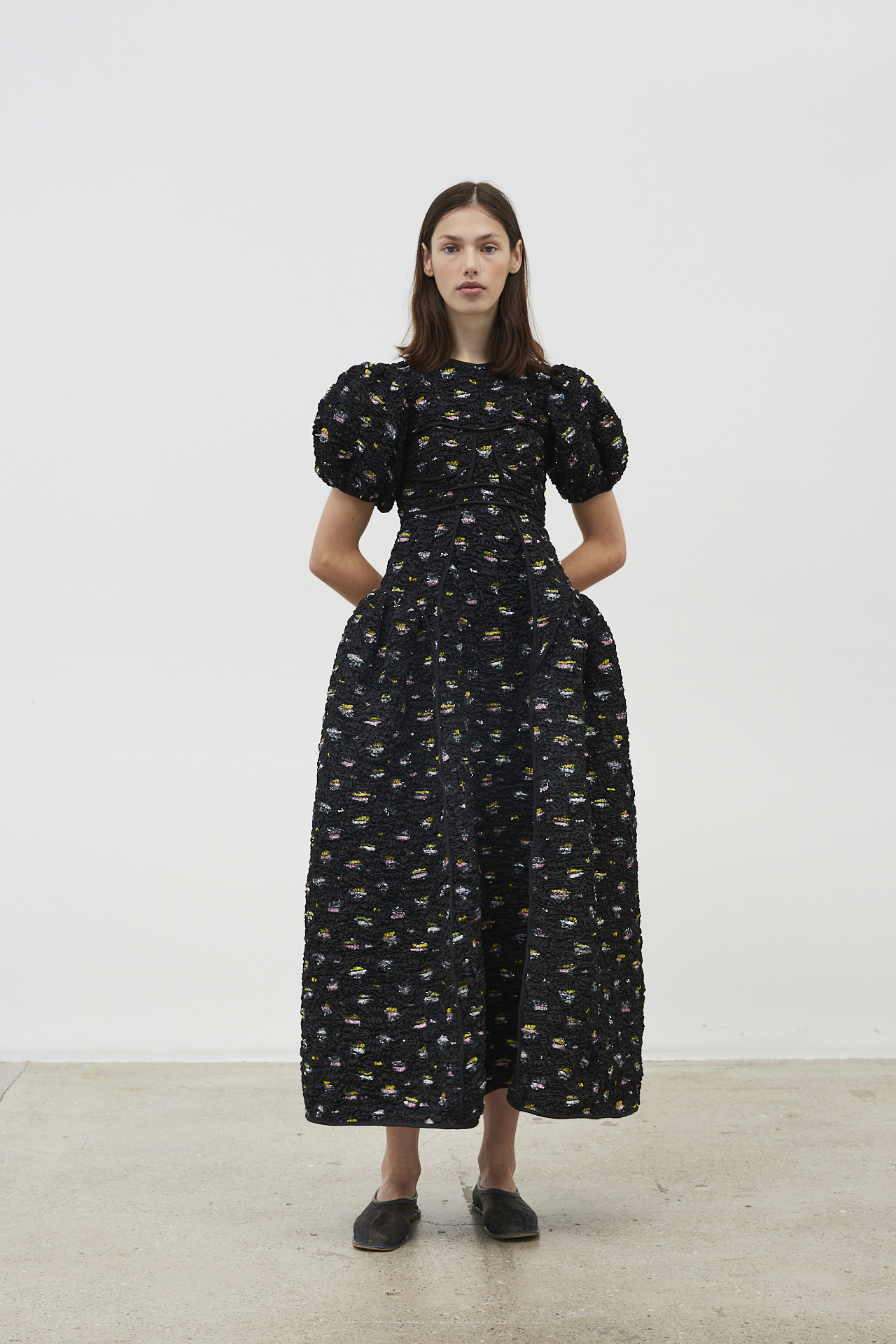 There's no doubt that Ellie Goulding has been living up to her stylish reputation throughout her pregnancy.

The singer's ensemble by Cecilie Bahnsen was another winning look. Part of the SS21 collection, the 'Haiden' dress incorporates dramatic puff sleeves and a voluminous skirt to create a dramatic silhouette. Plus, how gorgeous is the floral print?

Fortunately, we can all purchase Ellie's dress via the brand's website (click right), but it will leave quite a dent in your wallet!

If your budget doesn't stretch that far, simply take your pick from our edit below. We have rallied up bloomy dresses by Asos, AX Paris, Missguided and Sister Jane that will do the trick.

The fitness enthusiast also detailed her pregnancy cravings, admitting she has a penchant for tinned sardines and Weetabix Minis, and has even visited McDonald’s twice in the last eight months.

On her eating habits, the songwriter added to The Telegraph’s Stella Magazine: ‘[tinned sardines and Weetabix Minis] aren’t eaten at the same time… it was only two [times she went to McDonalds!’

The Starry Eyed hitmaker also touched on discovering she was pregnant at eight weeks during a romantic trip to Italy for her first wedding anniversary.

Ellie said: ‘I thought I had an iron deficiency and got blood tests, which came back fine but my progesterone levels were high… I then started struggling a bit with exercise. That was a sign for me something had changed.’

The award-winning artist echoed her comments when she announced her baby news with Vogue, sharing: ‘I want a better word than womanly, [but]—I have curves I’ve never had before. I’m enjoying it. My husband’s enjoying it.

‘I actually went from being smug about how healthy my salads were and my breakfasts and eating nuts and seeds, and then all I wanted was McDonalds.

‘And I was kind of terrified, I suddenly wanted all of the bad things! Whatever this baby did when it took over my body was like ”Hell no—I do not want broccoli, spinach, collards! I just wanted sugar and carbs.”’

‘Something had changed’: The Starry Eyed hitmaker also touched on discovering she was pregnant at eight weeks during a romantic trip to Italy for her first wedding anniversary

The songstress also revealed she does know the baby’s gender ‘by default’ when she had the scan, but wasn’t interested in having any sort of gender reveal as she just wanted a healthy baby.

Ellie and art dealer Caspar met in 2016 after they were seated next to each other at a dinner arranged by their mutual friend, Princess Eugenie.

The pair got married at a star-studded wedding at York Minster in August 2019, attended by everyone from the Duchess of York Sarah Ferguson to the actress Sienna Miller and singers Katy Perry and James Blunt.

Her husband was educated at Eton and Harvard, and is the son of an aristocratic Yorkshire landowner and the nephew of art dealer Jay Joplin.

Exciting times ahead: The musician is expecting her first baby with husband Caspar Jopling, 29 (pictured in 2020)

Pregnant Ellie Goulding shows off her growing bump in a zebra print top in a sweet snap shared by her husband Caspar Jopling have 1128 words, post on www.dailymail.co.uk at April 15, 2021. This is cached page on Europe Breaking News. If you want remove this page, please contact us.