The World Cancer Research Fund collects data on the prevalence of cancer types across the globe. When it comes to liver cancer, 8 West African nations are in the top 25 countries with highest prevalence of liver cancer. These include Liberia, Guinea, Ghana Burkina Faso and Senagal. In fact, liver cancer is the most common cancer in the Gambia, with a prevalence of 23.9 per 100,000 people.

“Liver cancer in men counts for more cases than all other forms of cancer combined in The Gambia,” says Dr. Ramou Njie. She is the only Gambian hepatologist, a medical doctor specializing in diagnosing problems of the liver, gallbladder and pancreas, in a country of just over 2 million citizens. Njie says the prevalence of liver cancer became apparent in Gambia in the mid-2000s.

Connection between liver cancer and hepatitis

“Most of the liver cancer is due to to hepatitis B,” Njie tells DW. Vaccinating children has improved the situation for younger people, but hepatitis is still widespread in older people particularly hepatitis B and C.

Hepatitis, which means ‘inflammation of the liver’, has a viral form, which if untreated, attacks the liver until it can no longer heal itself. At this point, lesions form on the liver, and the organ becomes cancerous.

Hepatitis B and C cause 1.4 million deaths per year – a number comparable to tuberculosis, but more than HIV/AIDS and malaria.

Chronic hepatitis B and C are life-threatening infectious diseases that cause serious liver damage, cancer, and premature death. Over 300 million people are infected with the hepatitis B virus or the hepatitis C virus.

But getting funding to fight hepatitis is like “trying to pass through the eye of a needle”, says Danjuma K. Adda, president-elect of the World Hepatitis Alliance.

“The global attention to HIV/Aids, tuberculosis and malaria has caused a lot of inequity with regards to hepatitis,” he tells DW.

“Ten to fifteen years ago, it was a faceless disease, even medical professionals would say ‘it doesn’t matter, everyone has hepatitis’.”

He adds that since the recent studies revealed what other problems hepatitis can cause, among others liver cancer, the disease has started to be taken more seriously.

The prominence of hepatitis and liver cancer is not just limited to Gambia. In Nigeria, for example, an estimated 20 million people are living with hepatitis .

The disease is spread through unscreened blood transfusions, contact with infected bodily fluids, sharing needles during drug use, and sexual activity .

“We have a lot of cultural practices like ear piercings, chin tattoos and other beautification operations that facilitate the transmission of the virus using un sterilized instruments,” Dr Ramou Njie says.

According to Danjuma, hepatitis often affects people during their most productive years of their lives, often without knowing they have the disease.

Dr. Doddy Ngwasi is based in Goma, in the eastern Democratic Republic of Congo. He worked in Guinea at the height of the Ebola epidemic, and he describes hepatitis as particularly “dangerous” because “people are not informed”.

“This disease destroys the body’s cells and we have to inform people so that they can avoid getting the disease in the first place,” he told DW.

Ngwasi says that infected patients can live for a long time without experiencing direct symptoms, similar to HIV/AIDS.

“If you get Ebola for instance, it can take just two days for the disease to incubate and symptoms to appear,” he says. “People live with hepatitis without knowing they are affected.” 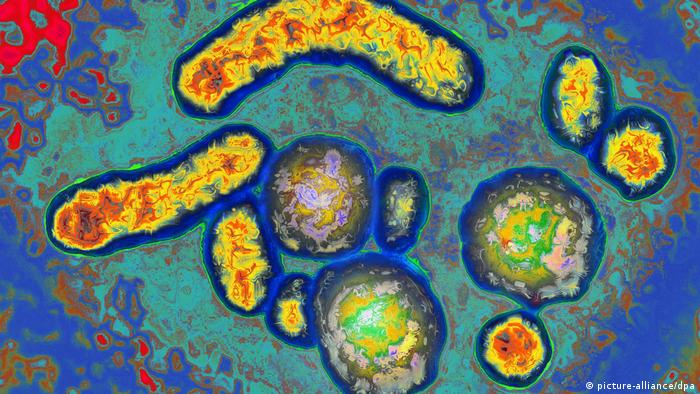 The effects of the hepatitis B virus are now better understood. In Africa, it is the leading cause of liver cancer

He adds that hepatitis stealthy infection means the disease can spread among a population undetected. To remedy this, Ngwasi says people need to get tested, and a bigger communication effort to educate population is needed.

For Danjuma K. Adda, it is also a question of local leaders making the fight against hepatitis a priority. He believes creating the ability to produce drugs locally will significantly reduce costs of treatment passed on to patients.

“Except for Egypt, that started producing hepatitis C drops, all hepatitis C drops are produced in Asia,” he says. “Leaders go to big UN meetings and sign up to big UN declarations, but when they come back there is a very poor record of actually rolling out programs.” 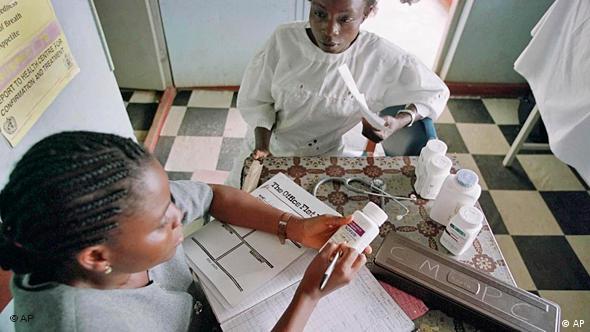 While global health funds have focused on HIV/Aids treatment since the early 2000s, in some cases this has led to diseases like hepatitis B, which is much more prevalent, being sidelined.

A disease without prestige?

The problem is hepatitis testing and treatment is often costly. Whereas HIV testing is often free, Dr. Ngwasi says just a test in Congo can cost around $20 ( €17), way out of reach for many patients.

The contrast in profiles between hepatitis and other epidemics also plays out in the Gambia, Dr. Ramou Njie says:

“The problem is that they see patients with HIV get free treatment from the global fund, they get free nutritional support, to the extent that there are patients that have tried to get themselves infected with HIV to access treatment, because at the moment there is not global fund for viral hepatitis.”

West Africa's liver cancer cases linked to hepatitis have 1290 words, post on www.dw.com at January 24, 2021. This is cached page on Europe Breaking News. If you want remove this page, please contact us.