Ten days before the German election in 2005, as the race between Chancellor Gerhard Schröder and his challenger Angela Merkel was reaching its climax, the chancellor decided to hold a meeting with a man who had become a good friend: Russian President Vladimir Putin.

As Die Zeit newspaper reported at the time, there was a very good reason why Schröder had decided to leave the heat of campaigning just before the election: He was no longer sure he was going to win, and he had some urgent business to sort out that he did not trust his successor to get done.

An idea that had first been floated in the mid-1990s was therefore finally sealed on September 8, 2005, with the joint declaration of intent signed by the German and Russian heads of government. There would be a new natural gas pipeline running directly from Russia to Germany through the Baltic Sea, bypassing all the transit countries that had been irritating Russia with their demands up till then. Russia would now be free of the transport fees charged by Ukraine, Belarus, Poland, the Baltic nations for the pipelines crossing their territory — and also of the leverage those countries might have over Russia.

Schröder promptly lost the election, and a few days after his chancellorship ended, he joined the board of directors of the pipeline’s new operating company, which would soon be renamed Nord Stream. “This is, so to speak, a baby of the special friendship between Gerhard Schröder and Vladimir Putin,” as Anna Kuchenbecker, senior director and strategic partnership specialist at the European Council on Foreign Relations (ECFR), put it. 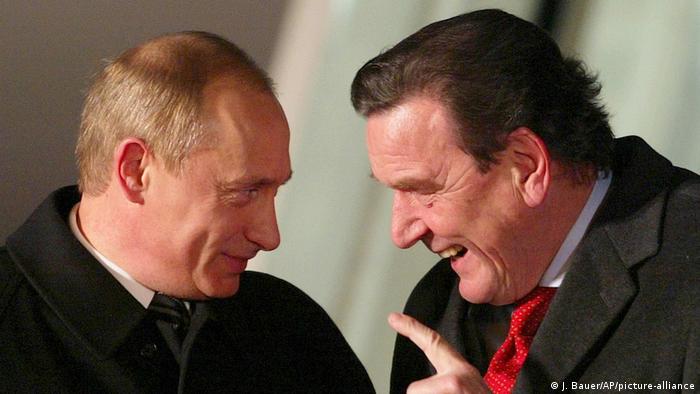 Some describe Nord Stream as a project ‘born of this friendship’

So it was left to Schröder’s successor to oversee the completion of the project, though the ensuing diplomatic strife appears to have been worth it, because it was under Merkel’s tenure that the project was doubled in 2015, with the beginning of Nord Stream 2.

The two pipelines represent a vast undertaking. Nord Stream is now the longest sub-sea pipeline in the world, stretching 1,224 kilometers (760 miles) from the northern German town of Greifswald to the Russian port of Narva Bay. The first pipe was inaugurated in 2011, and pumps 55 billion cubic meters (1.9 trillion cubic feet) of natural gas to Europe every year. The second project, Nord Stream 2, began construction in 2018 and was completed this year, doubling that capacity.

For Germany, the economic benefits are not as obvious as they are for Russia, but still real enough. Industry leaders could rely on a steady energy supply (some feared that Ukraine’s infrastructure might not hold up), and the German energy companies who took part, like E.ON, were rewarded with excellent relations to Gazprom and so the hope of being involving the exploitation of natural gas in Siberia.

But it came with strife for Germany — especially the security concerns of Ukraine and the Baltic nations, and the ties with the US. For Sascha Lohmann, a researcher in transatlantic relations at the German Institute for International and Security Affairs (SWP), the Nord Stream story has always been tied to the US perception of Russia as a threat.

“On the US side what has remained constant is the perception that the potential to use this economic interdependence as a weapon has been there since the early days of the Cold War, and basically hasn’t changed,” he told DW.

In the early 2000s, however, German politicians had developed a contrary, more liberal theory — that more economic interdependence between Russia and western Europe would create peace in the long run. As trade increased, democracy would inevitably prevail.

That notion was debunked in the second decade of the 21st century. In 2012, Putin switched roles again with the more liberal Dmitry Medvedev and returned to the Russian presidency. Then in 2014, Russia annexed Crimea, sparking a war in eastern Ukraine. The subsequent decimation of Russia’s opposition and human rights activists have only underlined this new approach. That changed western attitudes, most notably in the US Congress. “Congress became much more active after the annexation of Crimea and the war in eastern Ukraine,” said Lohmann. 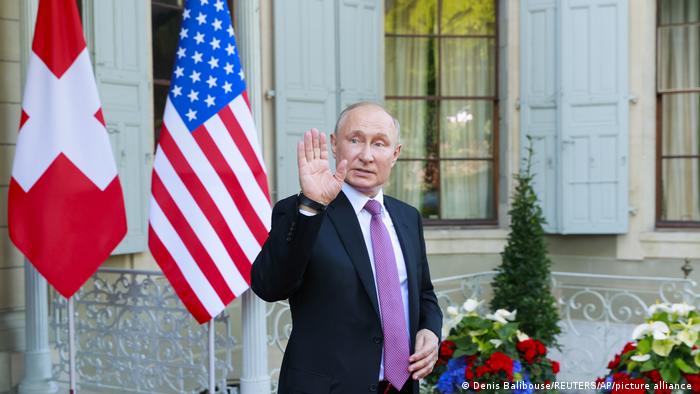 While both the administrations of Barack Obama and Donald Trump were reluctant to impose sanctions on Russia, Congress “was in the driving seat” on US sanctions policy, said Lohmann. “What has changed is the threat perception of Russia among the policy-makers in Washington,” he said.

Idealism out, compartmentalization in

Against the increasing threat of US sanctions, it seems odd then that Merkel’s administration blessed the deal to build Nord Stream 2 in June 2015. “I find that actually harder to explain than Nord Stream 1,” said Kuchenbecker. But by then, too, Germany had potentially more acute energy worries: the nuclear disaster at Fukushima in Japan in 2011 precipitated the country’s decision to phase out nuclear power .

“I also think that in Merkel’s politics, in light of the role of Germany as a super-export nation, also pushed for so-called compartmentalization — the idea that trade and politics should be separated,” added Kuchenbecker.

On top of that, while Obama was in power, Merkel had a friend in the White House who could be counted on not to push too hard against Nord Stream 2. That changed with the openly hostile attitude adopted by Donald Trump and his ambassador in Germany, Richard Grenell, who in January 2019 went so far as to send threatening letters to German companies involved in the pipeline.

Merkel’s stance since 2015 remained the same however: Nord Stream 2 might have geopolitical implications, but it was basically an economic project. And by and large, the latest compromise suggests that Germany’s economic interests have prevailed.

The history of Nord Stream have 1152 words, post on www.dw.com at January 23, 2021. This is cached page on Europe Breaking News. If you want remove this page, please contact us.