German Health Minister Jens Spahn has said he fears a general vaccine mandate would widen divisions in society and entrench people in their positions. Other politicians have expressed similar views in recent weeks and months. My impression is that people always tend to fall back on the threat of division when they don’t want to make unpleasant decisions. 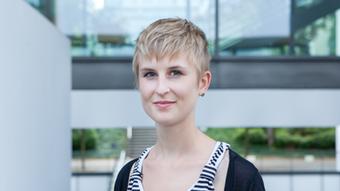 Ines Eisele is a DW editor

And it’s nonsense. A homogeneous society is, and always has been, a theoretical construct. Real society is heterogeneous, and has many fault lines — it is, you could say, divided. As long as no decisions are made — especially not about COVID measures, or mandatory vaccinations — politicians are able to keep all the citizens onside. By putting off the decisions, we’re not making any headway at all — and squandering valuable time.

Incidentally: If social harmony is what’s at stake, there’s more to be said in favor of a COVID vaccine mandate than against it. Although not everyone supports mandatory vaccinations, the majority of the population now does , as surveys have shown. This is probably one of the reasons why we’re beginning to see politicians, among them State Premiers Markus Söder and Winfried Kretschmann, starting to change their minds. The incoming German government also announced a few days ago that it would at least consider making vaccinations mandatory.

This leaves the second argument decision-makers like to use against a general vaccination requirement: that it’s incompatible with the Basic Law, Germany’s constitution, and that courts could quash it. On the one hand, it’s striking that concerns like these were apparently no such deterrent when other legislative projects were under consideration: the climate protection act, for example, which was rejected by the Federal Constitutional Court , or the toll on private motor vehicles , which was overturned by the European Court of Justice.

What do Germans think about mandatory vaccination?

On the other hand, renowned constitutional lawyers like Ulrich Battis have recently indicated that they consider mandatory vaccinations very much in line with the constitution. Battis’ colleague, Christoph Möllers, has said he is unsure which experts in his field politicians are relying on for their negative assessments.

So it makes sense, not only to me but also to these lawyers, that in an exceptional situation like the COVID-19 pandemic, the fundamental right to physical integrity can come second to the need to protect the lives of others.

And yes — because this is something else that people like to invoke — it’s true that a vaccine mandate on its own will not end the pandemic, and that it would in any case come too late to help stem the current fourth wave of COVID-19. But how about looking ahead, for a change? Namely to the fifth wave that’s still in store for us, if everything stays as it is. Together with measures such as social distancing, mask-wearing and so on, a significant increase in vaccination coverage could make an enormous difference. Among experts, this fact is undisputed.

In any case, the outrage is exaggerated. With the new ” 2G rules ” [under which only those who have either been vaccinated or have recently recovered from a COVID infection are allowed to access certain spaces and activities — Editor’s note] and the likely introduction of mandatory vaccination for certain occupational groups, vaccine mandate “lite” has already got in through the back door. It’s just that there are no actual penalties yet for those who don’t get vaccinated. Wouldn’t that be a strong inducement , one that could still be used? We don’t have many others left.

By contrast, the scenario of unwilling people being dragged into the vaccination center and forcibly vaccinated is utterly unrealistic. Public discussion of such notions of extreme compulsory vaccination simply fans people’s fears, and is irresponsible.

Dilemma of its own making

Of course, I realize that no one wants to be the bad guy and incur the wrath of the vaccine skeptics. The situation is not made any easier by the fact that, for so long, the prospect of a general vaccine mandate has vociferously been denied by politicians. If it changes course now, the government will appear even less trustworthy to those already disenchanted with politics.

But continuing to categorically rule out mandatory vaccinations is even more problematic. In times like these, we don’t need politicians who dodge responsibility, but those who dare to make a decision that won’t make them universally popular.

This commentary has been translated from German

Opinion: Time for mandatory vaccinations have 1750 words, post on www.dw.com at January 28, 2021. This is cached page on Europe Breaking News. If you want remove this page, please contact us.