Diplomats at the World Trade Organization on Monday appointed Nigeria’s Ngozi Okonjo-Iweala to lead the Geneva-based body, becoming the first woman and first African to do so.

The 66-year-old has taken over the reins of the WTO, which helps set the rules for global trade between its 164 member countries.

Her predecessor, Roberto Azevedo, stepped down on August 31, a year before his term expired, to take a job in the private sector.

Okonjo-Iweala said tackling the economic fallout from the coronavirus pandemic would be her top priority when she takes up the post in March.

She said in a statement that she wanted to “implement the policy responses we need to get the global economy going again.”

“Our organization faces a great many challenges but working together we can collectively make the WTO stronger, more agile and better adapted to the realities of today," the trained economist said.

The new WTO chief in profile

Okonjo-Iweala is a former Nigerian finance minister and foreign minister, who spent 25 years at the World Bank.

That is where she developed a reputation as an advocate for stronger economic growth and development spending in poorer countries.

She made an unsuccessful bid for the Bank’s top post in 2012 with the backing of African and other developing countries, losing to American Jim Yong Kim.

Reaction to the new WTO boss 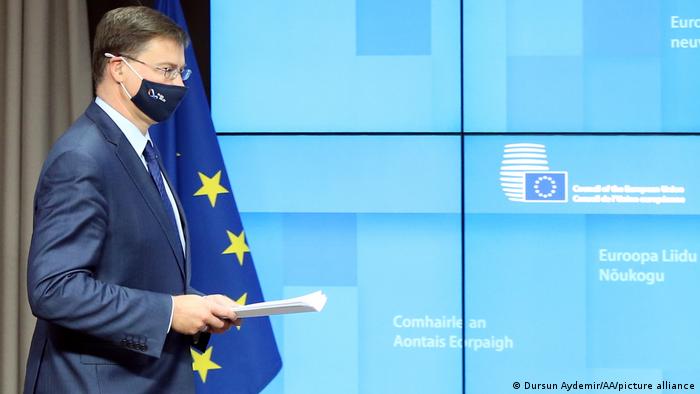 European Commissioner for Trade Valdis Dombrovskis said the EU would now look to work with Okonjo-Iweala “to drive much-needed reform of the institution.”

“The WTO needs to be recast with up-to-date rules fit for today’s world, focusing on the sustainable and digital transformations of the global economy,” he said.

US Charge d'Affaires David Bisbee said in Geneva on Monday that Okonjo-Iweala “can count on the United States to be a constructive partner.”

She “has promised that under her leadership it will not be business as usual for the WTO, and we are excited and confident that she has the skills necessary to make good on this promise,” Bisbee was quoted as saying by Reuters.

Nigerian President Muhammadu Buhari said her “track record of integrity, diligence and passion for development will continue to yield positive results and rewards to mankind.”

US seeks to re-engage

US President Joe Biden backed her candidacy, which had been opposed by former president, Donald Trump.

Biden wants to re-engage with the body in a bid to resolve a number of trade disputes that were sparked under the previous administration.

Trump slapped tariffs of 25 percent on European steel; Biden has not said if he plans to scrap the levies. They are backed by the US steel industry and trade unions.

But Washington has long argued the WTO is too bureaucratic, making it poorly placed to tackle China’s state-dominated economy.

Nigeria's Okonjo-Iweala becomes first woman, African to lead WTO have 601 words, post on www.dw.com at January 15, 2021. This is cached page on Europe Breaking News. If you want remove this page, please contact us.