The US and Germany announced a compromise over the controversial Nord Stream 2 gas pipeline late on Wednesday.

The project, which is nearly 98% completed after construction began a decade ago, will roughly double Russia’s capacity to transport natural gas directly to Germany, bypassing Central and Eastern European countries.

The deal, which includes support for Ukraine and the threat of sanctions if Russia is deemed to “weaponize” fuel deliveries, prompted mixed responses from lawmakers both in Europe and in the US.

Merkel and Maas laud accord

German Chancellor Angela Merkel, welcomed the compromise deal with the US, calling it a “good step.”

“The Russian side told me that they do not want to use energy as a weapon,” she said. Merkel said she would take Russia at its word but added that Germany was not “defenseless” in any case with options like sanctions at its disposal. 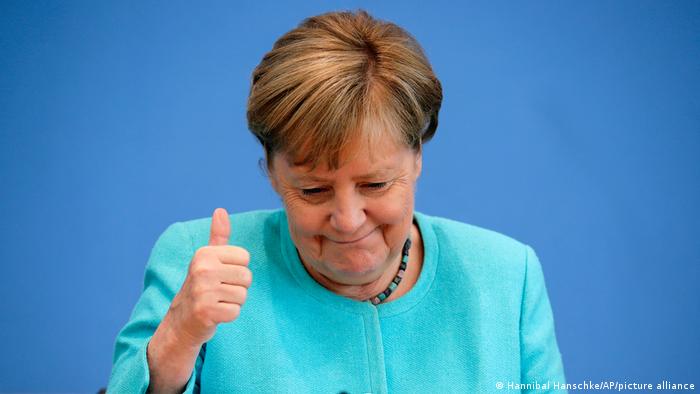 The deal was also “good for Ukraine,” Merkel argued, because it sets out plans to invest in the Eastern European country, as well as actively ensuring that Moscow and Kyiv extend a gas transit agreement.

Meanwhile, Merkel noted that not all countries would view the deal as positive, telling reporters: “Differences remain. We saw that in the reactions yesterday,” including in the US Congress.

He said Germany was “back to pursuing our shared goals and convictions jointly with the United States with regard to Russia policy and energy policy.”

US and Germany reach deal on contentious Nord Stream 2

A number of Central and Eastern European countries were unhappy with the pipeline and spoke out against the US-Germany deal.

The countries are concerned about missing out on gas transit fees and about expanding Russia’s capacity to export gas to Western Europe without it crossing their territory. They are also worried that the pipeline could give Russia more political leverage in the region — this is particularly unwelcome given their history as USSR member or satellite states.

Poland and Ukraine expressed their displeasure in a joint statement. “This decision has created a political, military and energy threat for Ukraine and Central Europe, while increasing Russia’s potential to destabilize the security situation in Europe, perpetuating divisions among NATO and European Union member states,” the Polish and Ukrainian foreign ministers said.

“We are calling on the United States and Germany to treat in an adequate manner the security crisis in our region whose sole beneficiary is Russia,” the foreign ministers said.

Separately, the Polish Foreign Ministry said in a tweet that Nord Stream 2 was “a political project that threatens the security not only of Ukraine but also of the EU.”

Ukrainian Foreign Minister Dmytro Kuleba told reporters on Thursday that the US-German deal was too weak.

“There is a fundamental problem. … It is still unclear to us whether Russia is ready to fulfill its obligations and its part properly when it comes to the energy security of Ukraine and the preservation of Ukraine’s role as a transit state,” Kuleba said.

President Volodymyr Zelenskyy’s office said on Wednesday: “The decision on Nord Stream 2 cannot be taken behind the backs of all those whom the project poses a real threat to.”

The White House on Wednesday announced plans to welcome Zelenskyy on August 30 for an audience with Joe Biden, conspicuously shortly before the accord with Germany was publicly confirmed. 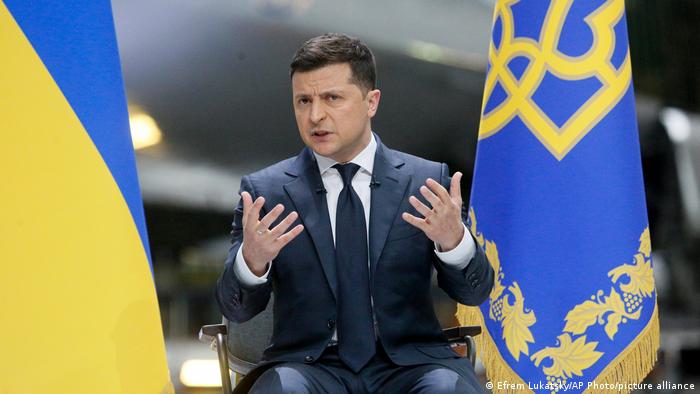 The European Union , of which Germany is a member, reiterated on Thursday that the pipeline was “not of common EU interest.”

“We will discuss this with EU states and our neighbors, including Ukraine,” a Commission spokesperson said at a regular commission briefing.

The Commission welcomed a German commitment to apply “the spirit and letter of EU energy laws,” given EU efforts to seek more energy independence from Russia.

A number of US lawmakers are also against the agreement, saying it betrayed Ukraine and would strengthen Russia’s position.

US: Sanctions wouldn’t have stopped pipeline

The US administration was less than enthusiastic in its response to the deal, portraying it as a compromise reached with a valued ally against its better judgment.

“Nevertheless, while we remain opposed to this pipeline, we reached the judgment that sanctions would not stop its construction and risked undermining a critical alliance with Germany, as well as with the EU and other European allies,” a senior State Department official who declined to be named said in a briefing with reporters on Wednesday.

Crucially, US President Joe Biden objects to the pipeline project .

While the Russian government welcomed the deal, its response was lukewarm because it objected to some of the language that it contained: “Russia has always been and remains a responsible guarantor of energy security on the European continent, or I would even say on a wider, global scale,” Kremlin spokesman Dmitry Peskov told reporters.

Russian President Vladimir Putin was ready to discuss the option of extending its gas transit deal with Ukraine beyond 2024 in case of economic need, Peskov said.

Mixed responses to US-Germany Nord Stream 2 deal have 1056 words, post on www.dw.com at January 22, 2021. This is cached page on Europe Breaking News. If you want remove this page, please contact us.