Following a year of near-permanent lockdown , Germany’s once-flourishing culture industry is in despair. Some in the sector were able to voice their struggles directly to Chancellor Angela Merkel via a “Citizens’ Dialogue” event held online on Tuesday.

During the discussion, one bookseller said she can’t understand why a supermarket can sell books and she cannot. Meanwhile, the owner of a shuttered cinema explained that his business can no longer survive on government subsidies. An actress also said that the subsidies for artists aren’t enough to live on. She fears she will soon end up on social welfare.

These were among 14 people working across the arts and culture sector who were selected to describe their personal situation to the chancellor, and to ask her questions.

Continuing a series in which Merkel engages directly with citizens across Germany, the online dialogue opened with a quote by the chancellor that flashed on the screen: “The pandemic has hit arts and culture professionals particularly hard. We are doing everything we can to ensure that our shared cultural life has a chance in the future.” 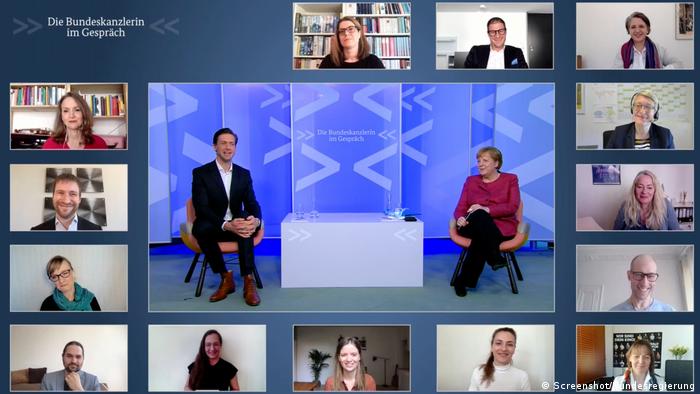 That “everything” is not enough for many  of those professionals, who, during the course of the conversation, expressed the view that lockdown measures for cultural life do not always seem logical.

In this vein, well-known German theater and television actors last week vented their displeasure over the erratic roll-out of COVID restrictions. In sarcastic video clips they criticized government lockdown policy using the hashtag #allesdichtmachen (“close down everything”). The campaign quickly went viral, though it was also widely criticized for stoking COVID-denial.

Against this background, Angela Merkel was asked if she could understand the frustration of many in the cultural sphere.

“Frustration, of course I can understand that,” Merkel said, adding that artists indeed make a living through the representation of their emotions through words, music or in exhibitions. She also made the point that the government has attempted to provide financial assistance in response.

Subsidies not enough to survive

Another consistent theme during the citizen dialogue was the fact that, despite financial support granted by the federal and state governments during the pandemic, self-employed artists often remain in existential distress. Many fall through the bureaucratic cracks and are not entitled to the subsidies. For others, the money is not enough to live on.

There have been calls for an amendment to the German federal constitution that would guarantee a “right to culture.” However, even if such a right was anchored in the Basic Law , Merkel said this would not give culture professionals a legal claim to financial support. 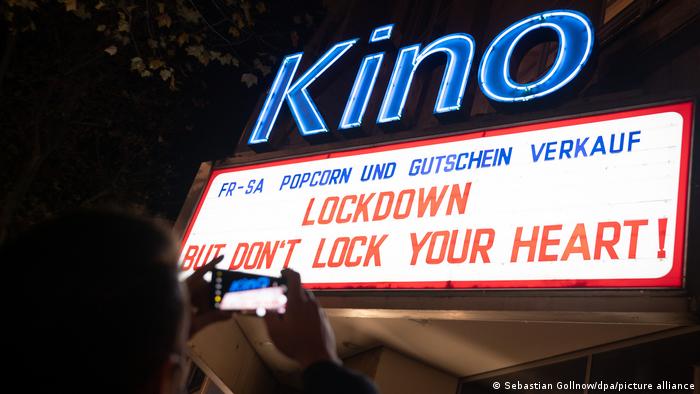 The fact that many in the sector can no longer earn a sustainable living also hurts them mentally. Actor Farouk El-Khalili told the chancellor of his psychological struggles after having taken a job in retail during the theater closures, and now finding himself in need of government assistance.

Culture will be part of any reopening

In the course of the conversation, the chancellor repeatedly crossed her fingers and wished luck to those affected. She was short on solutions, however. “I can’t sugarcoat this, I can only hope that this time passes quickly.”

While showing empathy for the hardships faced by a locked down culture industry, the chancellor also made it clear that reopening could only happen when infection rates dropped.

“However it is very important to me that every opening step contains an element of culture,” Merkel said. Museums, for example, can reopen on a restricted basis relatively soon once infection levels decline. Meanwhile, measures restricting large-scale indoor events will be the last to be relaxed.

Merkel said that the pandemic is not only a stress test for cultural life, but also for the government. Appealing for understanding, she said she would definitely take on board some of the issues discussed by artists and bring them to the attention of the Minister of State for Culture, Monika Grütters.

What will become of culture after the pandemic?

There is concern across the industry that cultural funding will be cut after the pandemic. Some theaters have already announced that productions will have to be downsized.

Meanwhile, many new digital and cultural education projects emerging during the pandemic, especially those pitched at young people via museums, have limited financial support. There is a fear that such projects that have helped keep artists and institutions afloat during the pandemic would come to nothing without follow-up funding.

In response, Angela Merkel assured that the cultural sector will continue to receive support after the pandemic.

“You have to make provisions in good times,” Merkel stressed, adding that the continued aid will affirm the importance of culture into the future. But for now, Merkel’s key refrain is to act “sensibly” to ensure that infection rates fall.

This article was adapted from the original German by Stuart Braun.

Merkel empathizes with struggling culture sector have 1673 words, post on www.dw.com at January 28, 2021. This is cached page on Europe Breaking News. If you want remove this page, please contact us.