Iran may now be capable of producing enough weapons-grade uranium for a single nuclear warhead within just a month. That’s according to US experts who were quoted in The New York Times last Wednesday after reviewing classified new data from the International Atomic Energy Agency (IAEA).

The experts weren’t permitted to speak in an official capacity, but told the newspaper off the record they think Iran could have the necessary materials to arm a warhead in the foreseeable future. But they think it will be some time before Tehran will have a deployable nuclear device. 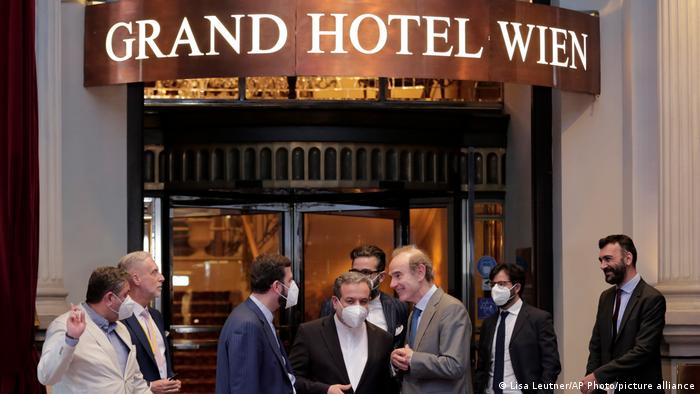 High-level negotiations in Vienna have produced more talk than substance

The NYT also cited a study that was published a few days earlier by the Institute for Science and International Security (ISIS) in Washington. It contends that because of Iran’s “race to 60% uranium enrichment over the summer” it may now be able to produce a second batch of weapons-grade uranium in less than three months, and a third batch in less than five months.

Weapons-grade uranium is defined as having an enrichment level of 90%, meaning that it consists of 90% of the fissile isotope uranium-235. According to the latest IAEA report, Iran now has about 10 kilograms (22 pounds) of uranium at 60% enrichment and about 84 kilograms at 20%. Under the 2015 nuclear agreement, it is allowed to enrich uranium only to a maximum level of 3.67%.

ISIS’s calculations have proven to be for the most part accurate, says political scientist Oliver Meier from the Institute for Peace Research and Security Policy at Hamburg University. “In this respect, it is quite possible that Iran now has enough fissile material and centrifuges to fuel a nuclear warhead within one to two months. But that does not mean it is already nuclear weapons capable. It takes much more than that.”

“There are no indications so far that Iran has resumed its military nuclear program, which it stopped about 15 years ago,” he told DW. “Presumably, Iran currently wants above all to increase its negotiating leverage and put more pressure on the Europeans and Americans.” 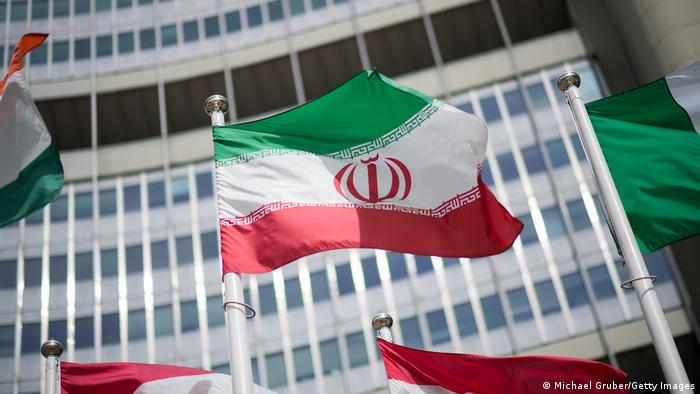 Meanwhile, Iran has announced that Abbas Araghchi will no longer be its chief negotiator at the IAEA talks in Vienna on reviving the nuclear deal. He will remain as part of the negotiating delegation, but only in an advisory capacity. Replacing him is Ali Bagheri, a hard-liner and a close confidant of Iran’s new president, Ebrahim Raisi. Bagheri, who is known in the West for his intransigent positions, will also replace Araghchi as deputy foreign minister.

The personnel change is part of a general reshuffling at the Iranian Foreign Ministry, according to political scientist Hamidreza Azizi from the Berlin-based German Institute for International and Security Affairs. He says that although swapping out a deputy minister is quite normal when there are changes at the top, the choice of the hard-liner Bagheri could indicate a new confrontational course. “Overall, however, the switch is a bureaucratic matter and should not necessarily be seen as a change in Iran’s nuclear policy,” Azizi told DW. 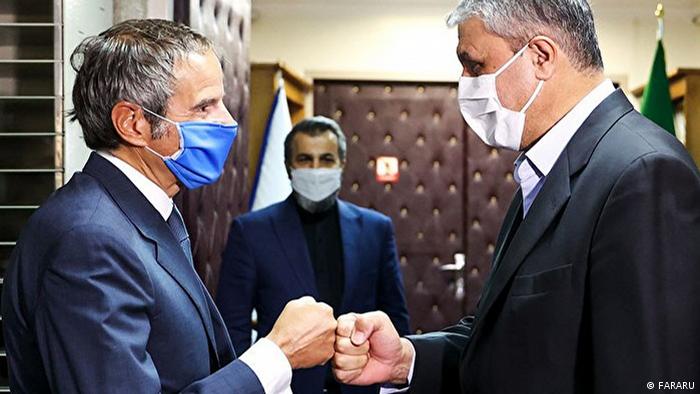 Last weekend, during a visit to Tehran by IAEA director general Rafael Grossi, Iran’s leaders said they would permit international inspectors to install new memory cards in surveillance cameras at relevant nuclear sites. This marked at least a partial end to a months-long blockade of IAEA monitoring activities and indicates that Iran still wants to pursue diplomacy, Azizi said.

But he thinks the country’s leaders have hardened their stance on a number of critical issues, including Tehran’s demand for guarantees that the United States not withdraw once again from the agreement.

So what will be the next chapter look like? It is important that the talks be resumed as quickly as possible, says Oliver Meier. The West needs to push for this, he thinks. “But it is also clear that it was the US that first violated the agreement and Iran responded to it. For this reason, it would be appropriate to send a clear signal that there is a readiness to lift all of the sanctions that were imposed under Trump.”  Generally speaking, he says, concrete commitments should be made toward Iran to make it clear that the benefits of returning to the deal outweigh those of any further violation on its part.

According to Hamidreza Azizi, Iran still seems interested in an agreement. But the experience of the last three years seems to have taught Tehran to be more assertive and less flexible. “I think an agreement is still possible”, he said. “But the road in that direction is quite bumpy.”

Iran enriches uranium as the West watches on have 990 words, post on www.dw.com at January 21, 2021. This is cached page on Europe Breaking News. If you want remove this page, please contact us.