Five men accused of plotting the September 11, 2001 attacks appeared in court Tuesday for a pre-trial hearing at the Guantanamo Bay Naval Base in Cuba that the US uses as a prison to hold certain terror suspects.

The case will be restarting with a new judge after a 17-month pause due to the COVID-19 pandemic. Selection of a military jury was slated to begin in January of this year, but now will not begin until 2022 at the earliest.

Tuesday’s hearing was to focus on the admissibility of evidence in court and what evidence government prosecutors should turn over to defense attorneys to prepare for trial. Defense attorneys are expected to argue that interrogations the FBI conducted in 2007 should be ruled inadmissible on the grounds that these “clean-team” agents came in on the heels of years of torture while the defendants were in CIA custody. 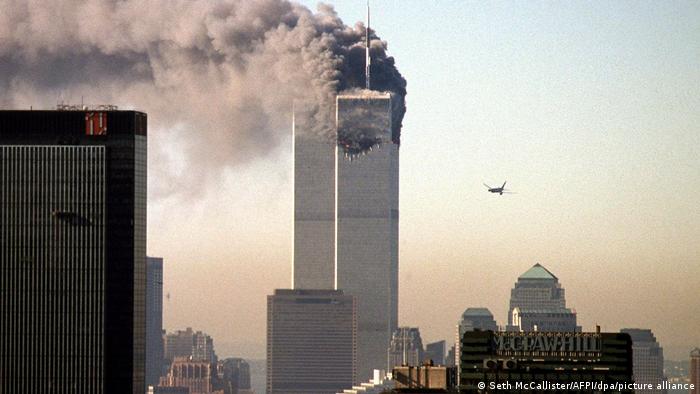 The five defendants are charged with conspiracy, terrorism and the murder of 2,976 people on September 11, 2001 at the World Trade Center in New York City, the Pentagon and a field in Shanksville, Pennsylvania.

The pre-trial hearing took place in a cavernous courtroom at the Guantanamo Bay naval base known as the Expeditionary Legal Complex, The New York Times reported. The trial format itself is a mix of a US military tribunal and the US federal criminal court system.

Like the jury when it is empaneled, the judge and prosecutors are members of the US military. Both the prosecutors and the defense have military lawyers, though civilian lawyers are heavily involved.

No photography is permitted, and the traditional courtroom sketches of US criminal proceedings are permitted on certain grounds. Spectators in the court sit behind three panes of glass and listen to audio on a slight, 40-second delay which is sufficient time to mute should discussion of classified information arise.

The families of the victims and the survivors of the attacks can observe the court if selected by a liaison to the families that works with the chief prosecutor’s office. More recently, relatives of those who died as a result of illnesses related to clearing the wreckage of the twin towers and the Pentagon have been permitted to attend.

The Pentagon also operates remote viewing sites of the hearings in Maryland, Massachusetts and New York where victims’ families and survivors can watch proceedings. 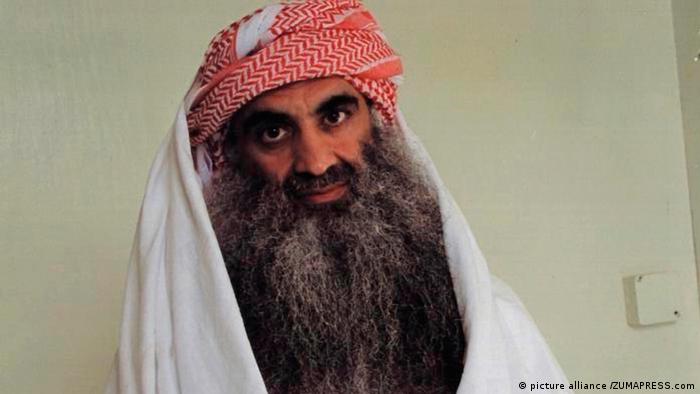 Of the five men on trial, Khalid Sheikh Mohammed, 56, is the most notorious as the alleged mastermind of the September 11 attacks.

A Pakistani citizen raised in Kuwait, Mohammed is believed to have first pitched Osama bin Laden on using commercial airlines as missiles to crash them into buildings in the US in 1996. When bin Laden approved the plot, he placed Mohammed in charge of its execution.

A graduate of a US university, Mohammed was working for the Qatari government in the early 1990s when he began conspiring with his nephew Ramzi Yousef who detonated a car bomb in the parking garage beneath the World Trade Center in 1993.

Mohammed and Yousef plotted to blow up aircraft bound for the US from the Philippines. The plot failed and Yousef was arrested in Pakistan and extradited to the US.

Mohammed was captured in Rawalpindi, Pakistan in March 2003 and taken to CIA-operated secret prisons, known as black sites, in Afghanistan and later Poland before being transferred to Guantanamo in 2006. He was waterboarded 183 times, kept naked and deprived of sleep while in CIA custody.

In 2007, he told a closed-door hearing at the base that he was responsible for the September 11 attacks as well as al-Qaeda bombings in Bali and Kenya, a failed 2001 “shoe bomber" plot aboard an airliner involving a man named Richard Reid and the murder of American journalist Daniel Pearl in Pakistan. 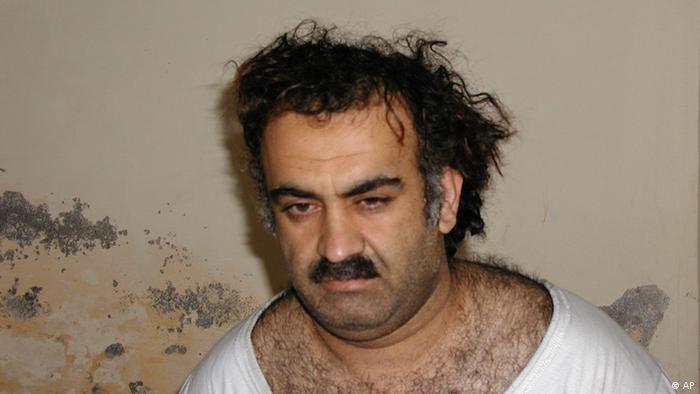 Mohammed was captured in Rawalpindi, Pakistan in 2003

Bin al-Shibh, 49, is a Yemeni who trained with several of the September 11 hijackers in an al-Qaeda run training camp in Afghanistan in 1999. He is accused of being an integral part of what became known as the “Hamburg cell” in Germany which helped prepare lead hijacker Mohamed Atta and two of the other hijackers.

Bin al-Shibh failed to get a US visa, so instead worked as more of an intermediary between al-Qaeda leadership and the US-based hijackers. He allegedly told al-Qaeda’s leaders that Atta had selected September 11 as the date to carry out the plot.

He was the first of the five to be captured in Karachi, Pakistan on September 11, 2002 and spent the next four years being shuffled between CIA-operated black sites where he was tortured.

The US government has labeled him psychotic and his lawyers say he continues to suffer adverse effects resulting from torture. He was transferred to Guantanamo in 2006.

Bin Attash, 43, a Yemeni, was born in Saudi Arabia but left at 14 to fight in Afghanistan. He lost part of his lower right leg in a 1996 battle in Afghanistan against what came to be known as the Northern Alliance.

In 1999, he led a close combat course at an al-Qaeda training camp in Afghanistan that included some of the September 11 hijackers. Before the attacks, bin Attash took flights on US carriers around Southeast Asia to test airline security.

He also allegedly procured the explosives that were used to carry out the 2000 attack on the USS Cole, which left 17 American sailors dead.

Bin Attash is accused helping Mohammed plan the September 11 attacks and other terror plots and of sending money to Atta and the other hijackers, as well as helping with logistics.

His younger brother is also incarcerated at Guantanamo, though he is not implicated in the September 11 plot. The two have not been permitted to see each other at the naval base prison.

Afghanistan: An unfinished war 20 years on

Al-Baluchi is a Pakistani citizen originally from Kuwait who was living in Dubai around the time of the September 11 attacks. His mother is Mohammed’s sister.

He allegedly helped to prepare the hijackers for life in a Western country as well as helping them with travel plans and money transfers to carry out the operation.

Captured in Rawalpindi, Pakistan, he remained in CIA custody for over three years before ending up at Guantanamo. His attorneys say he was repeatedly thrown against the wall during his interrogations, which left him with medically diagnosed brain damage.

The character Ammar in the 2012 film Zero Dark Thirty is said to have been based on his experience in interrogation.

Saudi national al-Hawsari allegedly assisted the hijackers with travel and handled money transfers, working with al-Baluchi. He was captured in Rawalpindi, Pakistan in 2003 and held in custody in various black sites by the CIA where he was tortured before being sent to Guantanamo in 2006.

His attorneys say he suffered rectal damage as a result of the torture. He frequently waives his right to be in court because he finds sitting difficult, even with a tire-shaped pillow his lawyers are permitted to provide, The New York Times reports.

AFP contributed to this report

Guantanamo: Trial of suspected 9/11 mastermind resumes have 1507 words, post on www.dw.com at January 7, 2021. This is cached page on Europe Breaking News. If you want remove this page, please contact us.