Countries are slowly acknowledging the link between climate change and human health , but funding is still lacking to help poorer nations deal with the growing health impacts of global heating, from malnutrition to the spread of mosquito-borne diseases, experts say.

“Health has been the great absentee and now it is the great present,” Maria Neira, director of the World Health Organization’s environment, climate change and health program, told DW. “People keep saying we have to save the planet, but we have to save ourselves. The planet is greater than we are, it will survive us.”

Climate change is expected to cause some 250,000 additional deaths a year from malnutrition, malaria, diarrhea and heat stress alone, the WHO has warned. Even if countries manage to find a way to limit global heating to 1.5 degrees Celsius (2.7 degrees Fahrenheit), there will be serious consequences for the health of billions of people worldwide.

Is climate change making us ill?

And developing countries that lack good health care infrastructure , as well as the money to invest in adaption measures to cope with the additional burden of climate-related health issues, will bear the brunt.

“Funds must be injected there. Health centers in poorer countries that are often already under extreme pressure are now dealing with more diseases brought about by restricted access to water and food production resulting from global warming,” Neira added.

Climate change is already harming health around the world. For instance, health-related mortality of those aged over 65 reached a record high of an estimated 345,000 deaths in 2019, according to the 2021 Lancet Countdown on health and climate change .

But there are indirect impacts too.

Wetter, warmer weather facilitates the spread of bacteria that cause diseases such as cholera. These are also ideal breeding conditions for mosquitoes that carry malaria and dengue fever. As the world warms, disease-carrying insects will spread into new regions.

“There are regions in Asia where 35% of the population will be at risk of dengue,” Neira said. “These are figures that we must think about very carefully because it is like going back 20 or 30 years.” 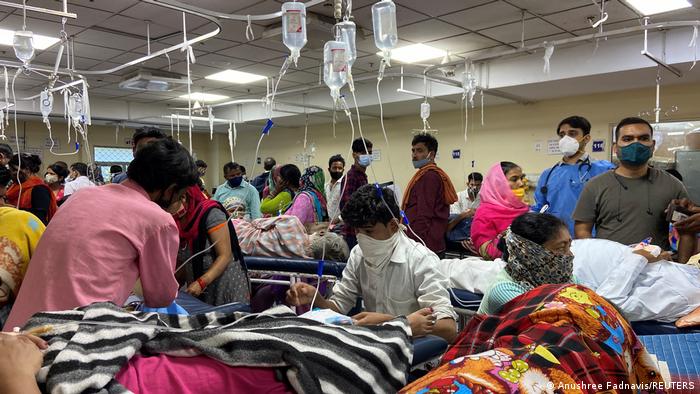 More people will be at risk of disease in a warmer world, like this dengue fever outbreak in New Delhi in October

Some impacts are even more hidden. In a country like Malawi, women make up some 85% of the agricultural workforce. Increased drought means they have to travel longer distances to feed their families and collect water, said Dominic Amon Nyasulu of the Malawi National Youth Climate Change Network.

Nyasulu, the group’s national coordinator, told DW that this can expose them to “many health-related problems, such as gender-based violence of all kinds.”

And as families become less able to take care of their children, leading to an increase in child marriage, he said girls are exposed to unwanted relationships. “That puts them at risk of contracting sex-related transmissions such as HIV and AIDS.”

At COP26, a group of around 50 countries, including Bangladesh, Ethiopia and the Netherlands committed to developing climate-resilient health systems to deal with those impacts. Such measures include strengthening the health care workforce and constructing hospitals and other infrastructure to deal with flooding.

A growing number of countries are also including health considerations, from the co-benefits of cutting emissions to prioritizing health care system adaptations, in the national climate plans they’re required to establish under the Paris Agreement, according to the WHO’s health and climate change global survey report . 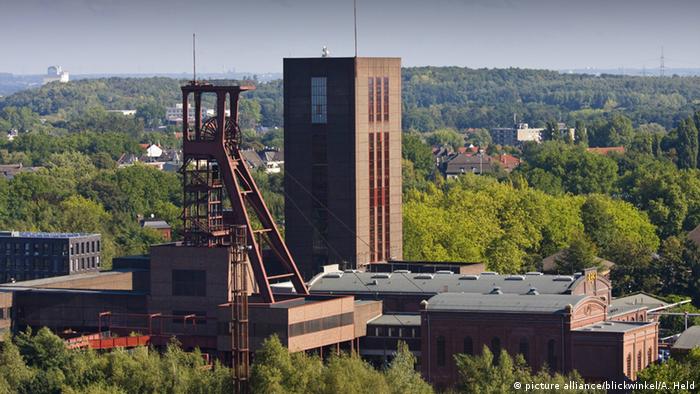 But the survey found countries cited a lack of funding as a barrier to implementing their climate and health plans.

“We need to absolutely align national budgets with the priorities of the Paris Agreement,” said de Paula.

This year, for the first time ever at a UN climate conference, the WHO has a pavilion where it’s running a full two-week program aimed at bringing attention to the interplay between planetary and human health.

Drawing the connections between how climate action has benefits for human health could hasten the change needed to curb global warming, said the WHO’s Neira.

“I would even say it will be the one that will bring the change in the ambition and speed we need to fight climate change. Why? Because nothing motivates more than protecting health,” Neira said.

Maldives: Climate change and me

For instance, air pollution causes some 7 million premature deaths a year, according to the WHO. But climate action to cut fossil fuel use would both slow global warming and improve air quality — saving lives and improving the health of those suffering from diseases such as asthma.

Human health and a healthy environment are one and the same, said Nicole de Paula, who is part of the growing “planetary health” movement, which sees the two as inextricably linked.

“We’re not only talking about isolated polar bears,” said de Paula. “Human health cannot be protected without the most basic sources of life functioning well: that is a healthy climate, healthy soils, healthy forests.”

Climate change one of the greatest threats to human health have 1539 words, post on www.dw.com at January 11, 2021. This is cached page on Europe Breaking News. If you want remove this page, please contact us.