2020 proved to be an inflection point for humanity with the outbreak of the deadly Covid-19 pandemic. The sporting landscape around the world was also severely hampered with major events like the 2020 Tokyo Olympics. major soccer leagues around the world, ICC 2020 T20 World Cup and the Wimbledon Championships.

Tennis was not different and faced the brunt off the coronavirus pandemic with top tier events getting cancelled, most notable of them being Wimbledon Championships at England. It was indeed a story of guts and glory with the ATP, ITF and tournament organisers planning to host and organise three out of the four grand slams in a season marred by relentless Covid-19 threat.

The change of the decade also ushered in a new era and breath of fresh air at the very pinnacle of men’s tennis with the decade old hegemony of the ‘Big 3’ in grand slams finally coming to an end.

Austrian tennis ace Dominic Thiem ended his jinx in Grand Slam finals to win his maiden title at the 2020 US Open at Flushing Meadows. Meanwhile, the old guard continued to remind the ‘Generation Next’ that they were still very much a force to reckon with.

While Novak Djokovic was crowned the Australian Open champion at the Rod Laver Arena in Melbourne for a 8th time, Rafael Nadal once again proved his billing as the ‘King of Red Clay’ , annexing the French Open for the thirteenth time.

In a truncated Covid-19 hit season, Djokovic was the dominant player in top flight men’s tennis, winning his 17th Grand Slam title, pocketing two Master Series titles and ending the year as the Number One ranked player for a record equaling sixth time. 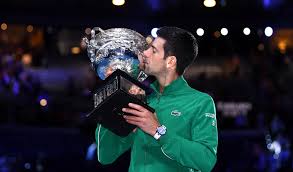 Novak Djokovic won a record extending 8th men’s singles title at the 2020 Australian Open to add to his legacy as the most dominant champion in the ‘Grand Slam of the Asia Pacific’. 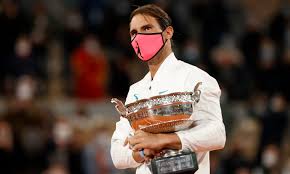 Rafael Nadal cemented his legacy as the Greatest Clay Courter of All Time on the Red Clay at Roland Garros after he won the French Open men’s singles title in the French Capital city for a staggering thirteenth time time. The ‘King of Clay’ was in all conquering mode in the grand finale of his favourite slam, beating his opponent fierce rival Novak Djokovic in a lob sided straight sets encounter.

Nadal beat Djokovic for the third time in the title clash, prevailing over him in the grand finale of the 2012 and 2014 editions of the Grand Slam. 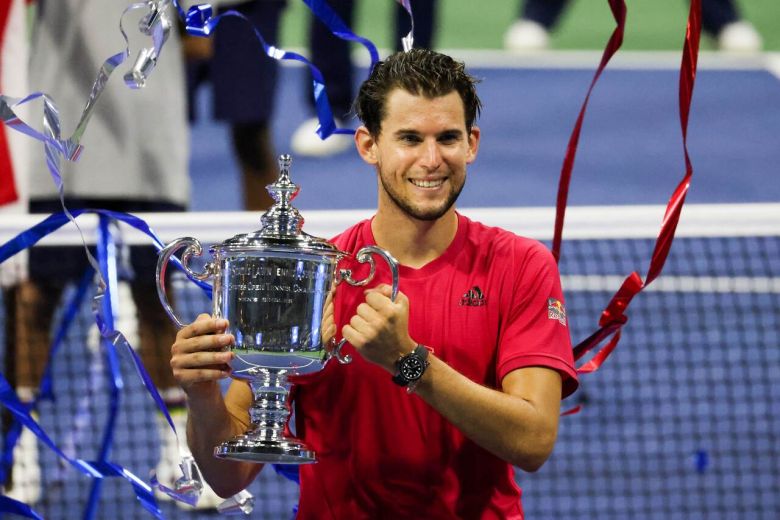 The stranglehold of the ‘Big 3’ in the men’s game at racking up Grand Slam titles was eventually broken as Dominic Thiem clinched his maiden title by winning the edition of the US Open played at Flushing meadows in New York in the US.

After ending up as the losing finalist in the Australian Open to Novak Djokovic, Thiem eventually ended the jinx by defeating big serving German Alexander Zverev in a pulsating 5-set epic finale with the scoreline reading 2–6, 4–6, 6–4, 6–3, 7–6(8–6)

In the absence of Roger Federer and Rafael Nadal and early exit of top seed Novak Djokovic, Thiem did not squander this opportunity of laying hands on his maiden Grand Slam trophy

Djoko's 8th Australian Open Win, Thiem's Maiden Title At US Open Headline Men's Grand Slam Tennis In 2020 have 892 words, post on news.abplive.com at December 8, 2020. This is cached page on Europe Breaking News. If you want remove this page, please contact us.