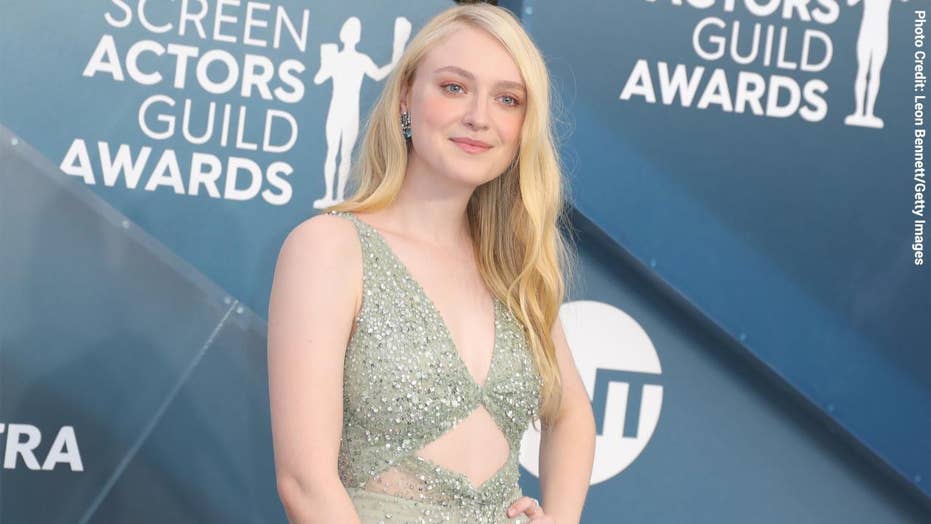 EXCLUSIVE: Dakota Fanning got her start in Hollywood when she was just six years old — but the actress isn't fazed by fame.

The 26-year-old has appeared in numerous films over her decades-long career, including "Uptown Girls," "War of the Worlds," "The Secret Life of Bees," "The Runaways" and "The Twilight Saga," just to name a few.

Her younger sister Elle Fanning has also been acting since a young age and has even played younger versions of her sibling's characters in "I Am Sam" and the "Taken” miniseries. Elle, 22, has also gone on to have a successful career in film, with roles in "Maleficent," "We Bought a Zoo" and "The Beguiled," among others.

'FULL METAL JACKET' STAR MATTHEW MODINE EXPLAINS WHY HE TURNED DOWN 'TOP GUN,' 'BACK TO THE FUTURE’

But unlike some other child stars before her, who endured difficulty in transitioning into adult roles, Fanning has kept steadily busy playing a variety of roles. People magazine previously reported that as a teen, Fanning enjoyed a sense of normalcy when cameras weren't rolling and became a varsity cheerleader at her Los Angeles-based high school. At the time, Fanning said she was "lucky" to appear in movies and go to a school where she wasn't treated any differently.

And these days, Fanning is still keeping busy. She's currently starring in TNT's period drama "The Alienist: Angel of Darkness," where she plays a woman in late 19th century New York City where a serial killer wreaks havoc.

Fanning spoke to Fox News about how she escaped the so-called child star curse, appearing in "The Alienist," one of the biggest challenges she faced on set and what her next dream role would be.

BOB ROSS’ TIME IN THE AIR FORCE INFLUENCED HIM IN ‘THE JOY OF PAINTING,’ PAL SAYS

’70S ROCK PIONEER SUZI QUATRO SAYS SHE WAS NEVER TEMPTED BY FAME: ‘YOU EITHER GO MAD OR WIND UP DEAD’

Fox News: You've been acting since the age of six. Not many child actors go on to have such a successful, lasting career as you have. How did you manage to stay so grounded and escape that so-called child-star curse we often hear about? Dakota Fanning: For me, I think I just have always maintained my very pure love for what I do. When you start out so young, it’s really like make-believe and you’re using your imagination and it’s a heightened version of playing at home.

I certainly am not perfect. I have made mistakes and I’m learning just like everyone else, but I have great people around me, my family, my friends and people that I work with. They’ve helped me along the way. And that’s the most important thing in life, is your relationships with others.

PIERCE BROSNAN SAYS HE HAS 'NO REGRETS' ABOUT BEING REPLACED AS JAMES BOND: 'IT'S WITH YOU FOREVER'

ROD SERLING OF 'THE TWILIGHT ZONE' WAS NOT 'THIS DARK, TORTURED SOUL' AFTER WORLD WAR II, SAYS HIS DAUGHTER

Fox News: You're currently starring in "The Alienist: Angel of Darkness." How empowering has it been to play a woman in the 1890s who opens her own private detective agency? Fanning: It's so wonderful. I got to play this character in the first season as the first woman to hold a position at the police department, which was such a feat for a woman during that time.

And this is a year later and she’s struck out on her own and opened the detective agency and has other young women who are working with her that she gets to be a mentor to. And we really get to see her contemplating and dealing with what it means to be a modern woman in 1897. And it’s not as dissimilar to what women are contemplating and thinking about nowadays.

Fox News: Your character wears a corset, which is no easy task. How difficult was it for you to adapt to such a restrictive garment, especially for hours on set? Fanning: We filmed in Budapest, Hungary both times and in the summer. And it’s very, very hot. And speaking of that corset in 95-degree heat in July is not the easiest thing in the world. First, you can’t imagine that you’ll ever get used to it. Obviously this is the second season, so it’s my second period of wearing it for seven months.

JACK BENNY'S DAUGHTER RECALLS GROWING UP WITH THE FAMOUS COMEDIAN: 'HE LOVED BEING FAMOUS'

So I knew immediately what I was in for, but eventually, you actually do get very used to it and it just becomes a second skin and it’s so essential to the way the clothes… You couldn’t put the clothes on if you weren’t wearing the corset, so it’s definitely not something that I’ve adopted into my everyday life as Dakota, but for Sarah, it’s an essential layer of her armor.

Fox News: How has your relationship with the cast changed since you all began filming “The Alienist”? Fanning: Oh man, it’s only gotten closer and better. I think one of the greatest things about being a part of this project was the friendships that I’ve made with the cast and we keep in touch all the time and it’s only gotten deeper and closer.

So that’s been really lovely to have friendships with Luke Evans and Daniel Bruhl and all the other returning cast and new people that we had come along this season. That’s always an exciting part of making something new is the friendships that are created.

PADMA LAKSHMI GETS POLITICAL ON 'TASTE THE NATION': 'I DON’T THINK WE SHOULD BE THREATENED BY IMMIGRATION'

Fox News: It seems like you’ve done a little bit of everything, is there a dream character or story that you would love to take on that you haven’t done quite yet? Fanning: There’s so many, there are so many stories out there. So many talented people that are so creative and so much material. I don’t know if I have just one, it’s always surprising.

I couldn’t have dreamed up “The Alienist” or “The Angel of Darkness.” It was based on books written in the ’90s. But here we are in 2020 making it about something that happened in 1897. You never know. I think I’m always excited to be surprised by what comes across my eyes.

CHARLTON HESTON'S SON SAYS 'THE TEN COMMANDMENTS’ STAR 'BELIEVED IN THE CONSTITUTION,' 'WANTED TO PROTECT IT'

'The Alienist' actress Dakota Fanning explains how she escaped Hollywood’s child star curse have 1895 words, post on www.foxnews.com at July 15, 2020. This is cached page on Europe Breaking News. If you want remove this page, please contact us.