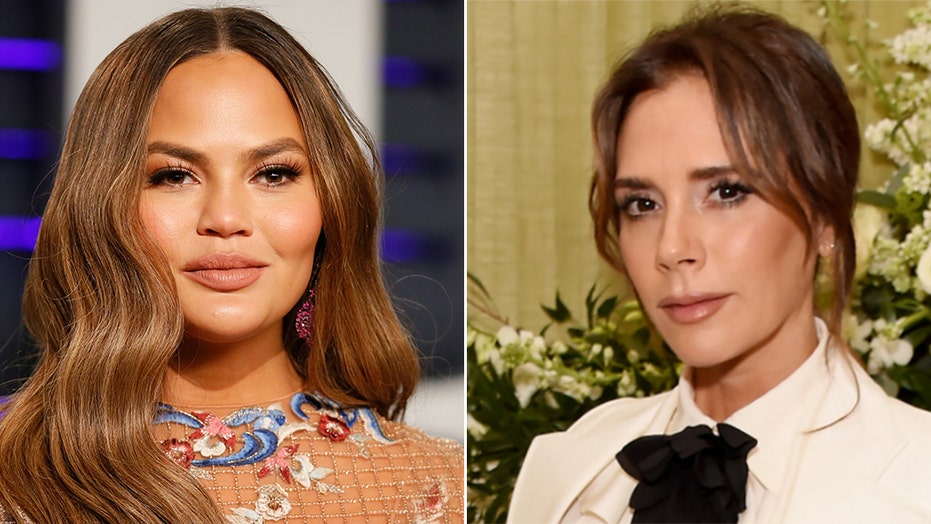 Working in an industry — whether it be modeling or acting — that is focused on how one looks can be extremely challenging.

So it’s not shocking that celebrities go under the knife for a few cosmetics adjustments . But surgery or fillers that might seem like good ideas at the time can later on look and feel different.

The below stars have admitted to getting cosmetic procedures done and have since changed their minds.

Check out their stories below:

Teigen revealed to Glamour U.K. in May 2020 that she now feels different about the breast implants she got when she was in her 20s and is having them removed.

“Yeah, I did my boobs when I was about 20 years old,” the model said. “It was more for a swimsuit thing. I thought, if I’m going to be posing, laid on my back, I want them to be perky! But then you have babies and they fill up with milk and deflate and now I am screwed.”

CHRISSY TEIGEN CELEBRATES THE 10TH ANNIVERSARY OF HER BREAST IMPLANTS

On Twitter, she confirmed she would be going under the knife again. “They've been great to me for many years but I'm just over it. I'd like to be able to zip a dress in my size, lay on my belly with pure comfort! No biggie!” Teigen wrote.

The reality TV star infamously got 10 plastic surgery procedures in one day but now she regrets some of them.

“I would never do it again and I never recommend it for anyone. … I kind of wanted a few enhancements and then it got out of hand,” she told Access Hollywood in 2012.

“I wasn’t told, really, the repercussions and what would happen, emotionally and physically, and the pain I would be in. I was kind of in shock,” she said.

The TV personality said getting breast implants in her early 20s was something she wouldn’t do again if she had the chance.

“I had my boobs done but if I could go back, I wouldn’t have done it. I was so cute before,” she told Showbiz Spy in 2011 via People . “I’ve realized that I was made to look a certain way and I’m considering removing them.”

The model told People magazine in 2018 that she wished she didn’t have a boob job after having her two kids.

“I was always praised for my body, and I felt like people had expectations from me that I couldn’t deliver,” she admitted.

GISELE BUNDCHEN REVEALS THAT SHE NEVER FIT INTO THE MODELING WORLD: ‘I WAS A FISH OUT OF WATER’

“I felt very vulnerable, because I can workout, I can eat healthy, but I can’t change the fact that both of my kids enjoyed the left boob more than the right. All I wanted was for them to be even and for people to stop commenting on it.

“When I woke up, I was like, ‘What have I done?’ I felt like I was living in a body I didn’t recognize. For the first year, I wore [baggy] clothes because I felt uncomfortable,” Bündchen said.

In 2017, the “Friends” actress told New Beauty that after a certain point she became unhappy with the filler in her face.

And since, Cox has had all the fillers dissolved. She said, “I’ve had all my fillers dissolved. I’m as natural as I can be. I feel better because I look like myself. I think that I now look more like the person that I was. I hope I do.

“Things are going to change,” Cox continued. “Everything’s going to drop. I was trying to make it not drop, but that made me look fake. You need movement in your face, especially if you have thin skin like I do.”

In an open letter in 2017, the fashion designer wrote to her 18-year-old self for British Vogue , Beckham said that she regretted her decision to get breast implants.

“And I should probably say, don’t mess with your boobs. All those years I denied it — stupid. A sign of insecurity. Just celebrate what you’ve got,” she wrote.

SHARON OSBOURNE OPENS UP ABOUT FOURTH FACE-LIFT: ‘BELIEVE ME IT HURTS’

Beckham has since gotten then removed.

The cosmetics queen admitted to Allure magazine in 2016 that she went a little too heavy with her lip fillers.

“I definitely made my lips a little too big at one point,” Jenner said. “I got excited and felt like I needed to do a lot. And then [my sisters] were like, ‘Kylie, you need to chill.’ And then I had to go back and have it fixed, and it was a crazy process.”

Looking back, the “Dirty Dancing” star regrets getting a nose job.

“I went in the operating room a celebrity — and came out anonymous,” she told the Mirror in 2012. “It was like being in a witness protection program or being invisible. I’ll always be this once-famous actress nobody recognizes … because of a nose job.”

8 celebrities who have changed their minds about cosmetic procedures have 1204 words, post on www.foxnews.com at May 28, 2020. This is cached page on Europe Breaking News. If you want remove this page, please contact us.