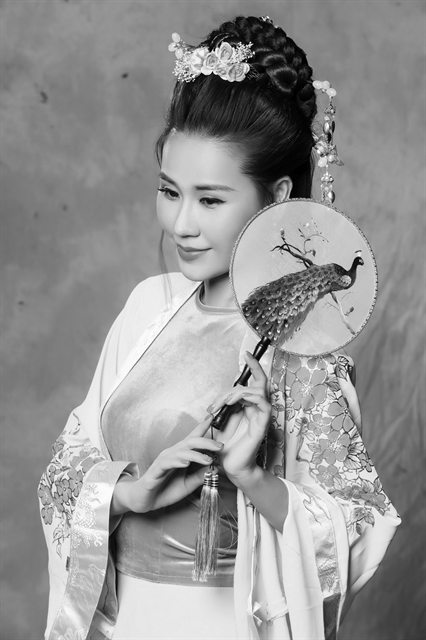 Young actors of Chợ Lớn Drama Stage, a newly-opened private theatre owned by Minh Luân, will be relocated to work for other theatres after the theatre’s investor and owner facing bankrupt due to the COVID-19 outbreak. — Photo courtesy of the producer)

HCM CITY — Chợ Lớn (Big Market) Drama Stage, a newly-opened private theatre in HCM City, has closed as its investors are going to bankrupt due to the COVID-19 outbreak.

“The closing is not temporary but forever,” said the theatre’s owner Minh Luân, in his recent interview with local media.

The theatre offered just three shows in February due to the spread of the virus. Audiences were provided with free facial marks and temperature checks before entering.

“The curtain pulled down this month. I couldn’t pay salary on time for my staff,” said Luân, himself an actor, who has 15 years in the industry.

Vân also worked as the theatre’s art director. She spent a huge money on renting the location and hiring staff. She kept the secret on the amount of money.

The theatre offered three new plays, including Ngẫm Kiều (Song of Kiều), a musical drama on love and women.

The musical is based on the 18th-century Vietnamese epic poem Truyện Kiều (The Tale of Kiều) — which is recognised as one of the country’s top literature works.

It features on Kiều, a talented young woman who is forced to sacrifice herself to save her family, and her love for Từ Hải, leader of a rebel gang.

Vietnamese music and songs are used in the play.

Ngẫm Kiều was first staged in late December. It was staged for several times in January and early February. The tickets were sold out for the next two months.

“We are working on refund policy. Our audiences will soon receive their money,” said Luân.

Luân has also worked with leading private theatres such as IDECAF and 5B Small Theatre to support his actors.

“My theatre’s actors will be relocated to work for other theatres, which are much more experience and have higher financial potential to survive until the COVID-19 outbreak ends,” he said.

Luân began his career as a theatre actor in 2007 after years working in music and fashion.

He has performed in many drama plays, TV shows and movies.

His latest film, Lời Nguyền Lúc 0h (The Curse at Midnight ), a TV series on love and betrayal produced by Vĩnh Long Television, is on THVL1 channel and has attracted audiences in southern provinces.

He decided to challenge himself as a theatre producer because he wants “to help young theatre actors develop their talent on stage instead of performing in music videos and TV game shows”, said Luân. — VNS

Private theatre owners go bankrupt due to COVID-19 outbreak have 738 words, post on vietnamnews.vn at March 28, 2020. This is cached page on Europe Breaking News. If you want remove this page, please contact us.