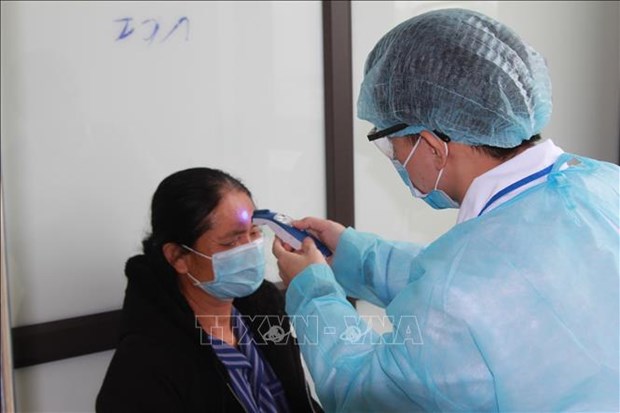 Hanoi (VNA) – Over 100 citizens have returned home after 14 days in quarantine at a border military facility in the northern province of Lang Son following the coronavirus (COVID-19) outbreak.

Director of the Lang Son Centre for Disease Control Dao Dinh Cuong said on February 17 that all suspected cases were in good health and displayed no symptoms of respiratory problems.

They were urged to follow the Ministry of Health's recommendations as well as raise public awareness of COVID-19 prevention measures and the significance of quarantine.

More than 404 Vietnamese returnees from China were kept under observation at Regiment 123 barracks where they received medical examinations every day.

In Quang Ninh province, six suspected cases returned home on February 16 after being monitored for 14 days at the provincial military school and testing negative for the virus.

They were among the Vietnamese citizens who returned from China's Wuhan city, the epicenter of the virus outbreak, on February 1.

A quarantine zone has been set up at the military school to receive up to 300 people from coronavirus-hit areas as well as high-risk localities.

There are 334 foreign workers from local industrial parks, 60 of whom stayed in Quang Ninh during Lunar New Year (Tet) holiday, while the rest returned to the province after the holiday. The returnees, mostly from Hai Ha port, Hai Yen, Cai Lan and Viet Hung industrial parks, have been instructed to self- quarantine .

On February 17, the Department of Health in the southern province of Tay Ninh said three people in Ninh Son ward, Tay Ninh city, who visited their relatives in Vinh Phuc province where 11 out of the 16 COVID-19 infection cases in the country have been confirmed to date, have been kept in quarantine since February 17.

As of 7:00 on February 17, 18 suspected cases were under strict observation.

Meanwhile, two people in Ba Ria city, Ba Ria-Vung Tau province, were under home quarantine for 14 days after returning to the locality from their hometown in Vinh Phuc where they spent their recent Tet holiday, according to Chairman of the city People's Committee Nguyen Van Tai./.

Testing negative for COVID-19, suspected cases allowed to go home have 607 words, post on en.vietnamplus.vn at February 18, 2020. This is cached page on Europe Breaking News. If you want remove this page, please contact us.