Students said they felt pressured to sign non-disclosure agreements and one was told she would be expelled if she broke her contract.

Nearly a third of universities have used NDAs for student grievances since 2016, data obtained by BBC News shows.

Universities UK said NDAs should not be used to silence students.

Non-disclosure agreements, which were designed to protect business secrets, are legal contracts that stop people from sharing private information.

NDAs were also used in settling complaints of false advertising of courses, lack of disability support and accommodation issues, according to the data obtained under Freedom of Information laws by The Next Episode podcast.

The government said it was “unacceptable” to use NDAs for student complaints and it is legislating to stop such agreements being misused across all areas of society. 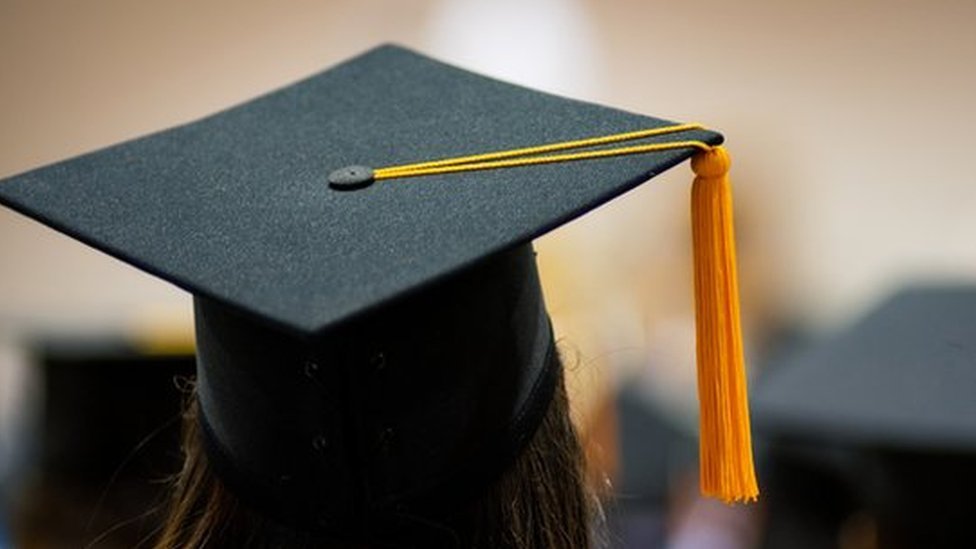 ‘What happened after was worse than my assault’

Charlotte – not her real name – said she reported being sexually assaulted by another student while an undergraduate at the University of West London (UWL).

She reported it to the university and the police.

Officers interviewed the arts student for five hours before telling her that there was not enough physical evidence to prosecute because she had “blacked out”.

Charlotte said she was “plunged into emotional chaos” and overdosed shortly afterwards.

She took three weeks sick leave to recover, but felt unsupported when she returned to university and her academic work suffered.

Charlotte said a staff member thanked her in a private meeting for not ruining her alleged attacker’s life. They later said she would be expelled if she made a fuss, she added.

“They literally thanked me,” she said. “I can’t believe someone would say that when it happened to me. Not him.”

In a recording, shared with BBC News, staff can also be heard telling her classmates she had “got herself into a very bad place” and discouraging them from contacting her.

“It was hell on earth,” Charlotte said. “How they treated me was worse than the assault itself. I felt so alone.”

She submitted a formal complaint and took legal action, after which she received £1,000 in compensation. As part of the settlement, she signed an NDA preventing her from discussing the terms.

The University of West London said it disputed the allegations and had provided Charlotte with all the support it could, adding that it could not comment further because of its confidentiality duties.

In a statement, it said it had reviewed its policies in light of national recommendations for responding to sexual harassment in universities, adding: “We have implemented those and have a team of staff who are trained to support students who find themselves the victim of sexual assault.”

Olivia, a student at a different university, says she was violently sexually assaulted by a fellow student during her undergraduate degree and reported the attack to police, but the case was dropped because of insufficient evidence.

As a result of the decision by police, her university refused to investigate, according to documents seen by BBC News.

Following the attack, Olivia signed an agreement that says she will be “expelled” if she talks or posts publicly about her allegations or the university’s safeguarding procedures.

Olivia, also not her real name, says she signed the document because she was afraid for her safety and it contained an agreement that prevented her attacker from contacting her, but she feels it does not go far enough.

She was not offered any money or given any legal advice before signing it.

Her university has also threatened to sue her if she speaks out, she claims.

“It terrified me,” she said. “They told me to not tell my parents, to not tell my friends, to basically just be quiet about it… it made it feel like it was my fault.”

Georgina Calvert-Lee, a lawyer specialising in sexual assault cases, said most uses of NDAs on students with these types of allegations were “unethical” and likely to be legally unenforceable.

Tiziana Scaramuzza, now 36, a former PhD student, was paid by Oriel College, Oxford, to support student welfare alongside her law degree in 2013.

She says she repeatedly raised concerns with senior staff about what she thought were failures in suicide prevention measures and about alleged breaches of confidentiality when supporting at risk students.

She told the BBC a staff member had been discouraging depressed students from going to the doctor in favour of one-on-one support sessions with them, despite not being qualified to do so.

“I was bullied into keeping quiet and all my concerns were dismissed or shouted down,” she said. “They treated me like dirt.”

After Tiziana submitted suggestions to improve safeguarding measures, Oriel college offered her a £5,000 settlement with an NDA to sever ties, which she accepted.

“It was completely inappropriate,” she said. “They treated me like an inconvenience, like I was the problem, instead of dealing with the problem.

“Once I moved to a different college to finish my PhD, I learnt they hadn’t made any changes, which was concerning because a lot of students were vulnerable.”

Oriel College said it could not comment on Ms Scaramuzza’s claims but confirmed that a “thorough investigation” into welfare provision in 2013 had been conducted.

It added: “The college takes the welfare of students and staff very seriously. We currently have several members of staff, external doctors and counsellors providing welfare support.”

How widespread is the problem?

BBC News sent Freedom of Information requests to almost all of the UK’s universities asking how many students had signed non-disclosure agreements in the past four years after bringing a complaint and how much, if any, money had been paid out.

All but two of the 136 universities contacted responded, with varying degrees of transparency owing to data protection concerns or claims of confidentiality.

Of these, 45 universities said they had used NDAs but not all of them disclosed full details, meaning it is hard to determine the true scale and this is an underestimate.

The data shows about 300 students have signed NDAs after complaints since 2016, with the total cost paid out being more than £1.3m – equivalent to about 50 undergraduate degrees.

However, the data also showed not every student who filed a complaint received a payout – sometimes just an NDA – and it is not clear why this is.

It comes after the BBC found universities had spent £87m on pay-offs with staff since 2017.

The student complaints regulator, the Office of the Independent Adjudicator, said the use of NDAs was “not appropriate” and advised against the practice.

It receives more than 1,500 complaints a year and said it was important grievances were “handled fairly and transparently” so universities learnt from them.

In a statement, the government said: “Harassment of any sort is abhorrent and higher education providers have a responsibility to ensure they provide a safe and inclusive environment.”

Universities UK, which represents 136 institutions, added: “Every student should feel safe and supported through their time at university and this includes feeling empowered to speak out if they have concerns.”

Sexual assault claims 'gagged' by UK universities have 1520 words, post on www.bbc.co.uk at February 12, 2020. This is cached page on Europe Breaking News. If you want remove this page, please contact us.