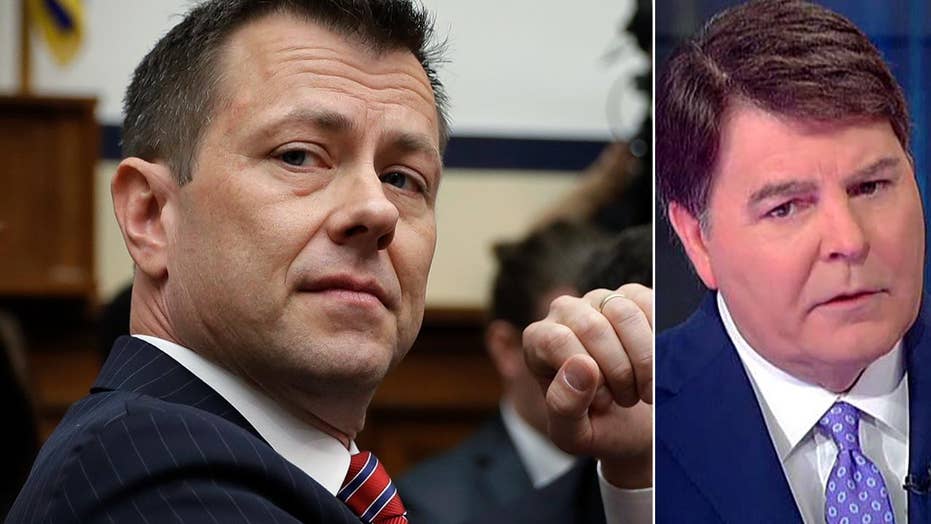 Gregg Jarrett: ‘Clueless’ Peter Strzok doesn’t have a case to get his job back

Peter Strzok is suing the FBI and DOJ over his termination, saying they caved to pressure from President Trump. Fox News legal analyst Gregg Jarrett responds.

NEW You can now listen to Fox News articles!

The Republicans’ letter came as it emerged Thursday night that U.S. Attorney John Durham’s comprehensive, ongoing probe into potential FBI and DOJ misconduct has transitioned into a full-fledged criminal investigation, enabling Durham to subpoena witnesses and file charges. Department of Justice Inspector General Michael Horowitz also announced on Thursday that his separate comprehensive review into possible surveillance abuses will soon be released to the public.

“What are they worried about, and what are they kicking into ‘overdrive?’ Johnson and Grassley wrote. “Who are the ‘sisters,’ and what does it mean to say that the ‘sisters have [been] leaking like mad’?”

Additionally, the senators pushed to know whether the ICIG was looking into Strzok’s email to FBI colleagues on April 13, 2017, when he wrote that an unidentified “agency” might be the “source of some of the leaks” to the media that he’d been seeing.

“I’m beginning to think the agency got info a lot earlier than we thought and hasn’t shared it completely with us,” Strzok wrote, according to documents that the senators included in their letter to the ICIG. “Might explain all these weird/seemingly incorrect leads all these media folks have. Would also highlight agency as a source of some of the leaks.” 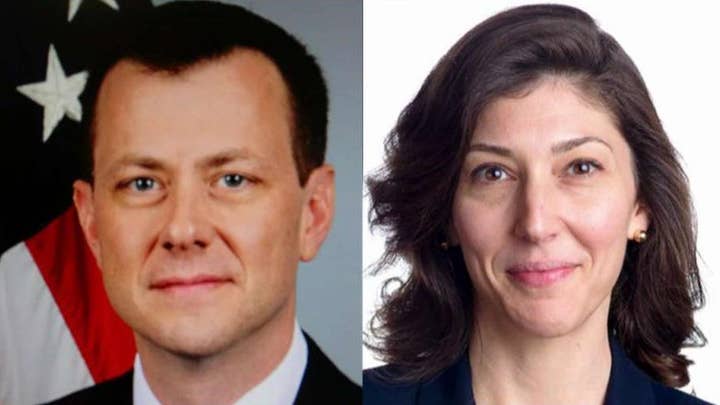 In a June 6, 2017 email to Page, Strzok mused, “Think there will be a crescendo of leaks/articles leading up to Thurs.”

And, a Dec. 13, 2016 text message apparently showed Strzok trying to set up a Skype meeting with a reporter. “Text from reporter: retrieving my password for Skype,” he wrote.

Horowitz, the DOJ watchdog, faulted the FBI last year for repeated violations of its media communications policy , noting that agents had received gifts from reporters and leaked regularly.

Then, on April 6, 2017, Strzok wrote to senior FBI leadership to complain about a New York Times article entitled, “C.I.A. Had Evidence of Russian Effort to Help Trump Earlier Than Believed ,” claiming it painted the FBI in an unfavorable light and got key facts wrong.

“Mike, below is inaccurate, favors the CIA at the expense of the FBI in particular, and is at odds with what Apuzzo and Goldman know,” Strzok wrote. “Most importantly, it’s at odds with the D’s [FBI Director’s] recent public testimony that we’ve been looking at links (which necessarily imply favoring Trump) since July ’16.”

READ THE FULL LETTER TO ATKINSON, INCLUDING THE NEWLY RELEASED STRZOK TEXTS

Strzok specifically objected to the Times’ reporting that CIA’s briefings with lawmakers “indicate that intelligence officials had evidence of Russia's intentions to help Mr. Trump much earlier in the presidential campaign than previously thought,” and “reveal a critical split last summer between the C.I.A. and counterparts at the F.B.I., where a number of senior officials continued to believe through last fall that Russia's cyberattacks were aimed primarily at disrupting America's political system, and not at getting Mr. Trump elected, according to interviews.”

Johnson and Grassley emphasized in their letter that the Trump administration “has faced 125 leaked stories — one leak a day — containing information that was potentially damaging to national security,” according to standards laid out during the Obama administration.

The Republicans have sought answers formally from the ICIG concerning those leaks since May. But, they wrote Wednesday, the ICIG has been nonresponsive — and even claimed that it cannot comment because Atkinson gave closed-door congressional testimony on Capitol Hill and the transcript of his remarks is not yet public.

“We are not aware of any justification for this position, which is particularly concerning given the role of inspectors general in promoting transparency and helping Congress to fulfill its oversight responsibilities,” Grassley and Johnson wrote.

The nonresponsiveness, the senators added, was unique to the ICIG. They noted that Horowitz regularly had briefed Congress on the existence of his probes into DOJ and FBI misconduct, and even “specifically mentioned personnel by job title.” 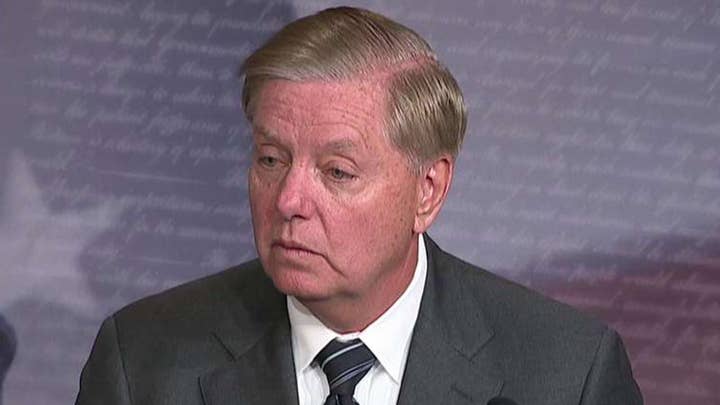 The senators additionally sought information related to the Democrats’ impeachment inquiry — specifically, whether the ICIG was made aware of the whistleblower’s complaint and the transcript of Trump’s July 25 call with Ukraine’s leader before they were made public.

“Are you investigating the classified leaks relating to the complaint and Ukraine call?” The senators asked. “If not, why not?”

Meanwhile, Fox News reported earlier this week that Durham’s investigation into the origins of the FBI’s 2016 Russia probe has expanded based on new evidence uncovered during a recent trip to Rome with Attorney General Bill Barr.

The two Obama administration officials were at the helm when the unverified and largely discredited Steele dossier , written by British ex-spy Christopher Steele and funded by the Hillary Clinton campaign and Democratic National Committee, was used to justify a secret surveillance warrant against former Trump adviser Carter Page.

In Italy, Barr reportedly told embassy officials he “needed a conference room to meet high-level Italian security agents where he could be sure no one was listening in.”

A source in the Italian Ministry of Justice told The Daily Beast earlier this month that Barr and Durham were played a taped deposition made by Joseph Mifsud, the professor who allegedly told ex-Trump aide George Papadopoulos that the Russians had “dirt” on Hillary Clinton. Mifsud reportedly was explaining to authorities in the deposition why people would want to harm him, and why he needed police protection.

Papadopoulos has suggested he was connected with Mifsud as part of a setup orchestrated by intelligence agencies.

Gregg Re is producer of “Tucker Carlson Tonight” on the Fox News Channel. He has an A.B. from Georgetown University and a J.D. from New York University School of Law, where he edited the Law Review. Follow him on Twitter @gregg_re or email him at [email protected]

GOP reveals new Strzok texts concerning 'crescendo of leaks,' demands watchdog investigate have 1478 words, post on www.foxnews.com at October 24, 2019. This is cached page on Europe Breaking News. If you want remove this page, please contact us.