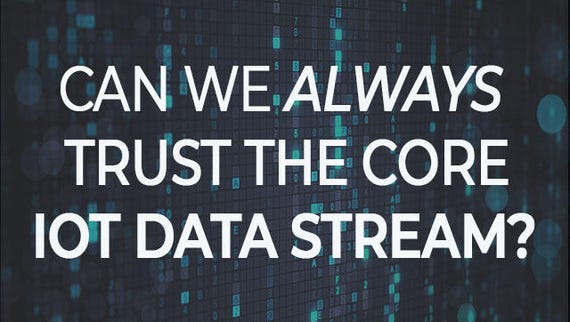 What is the Industrial Internet of Things (IIoT)?

The Industrial Internet of Things , or IIoT, refers to the billions of industrial devices — anything from the machines in a factory to the engines inside an aeroplane — that are filled with sensors, connected to wireless networks, and gathering and sharing data. The advent of tiny low cost sensors and high-bandwidth wireless networks now means even the smallest devices can be connected up, given a level of digital intelligence that allows them to be monitored and tracked, and can share data on their status and communicate with other devices. All of this data can then be collected and analysed to make business processes more efficient.

The IIoT is important because of its potential to enable faster and better decision making. The change that the IIoT can bring is also closely related to the digital transformation projects that many businesses are working on.

By providing extremely detailed data in real time, the IIoT can help companies understand their business processes better and, by analysing the data coming from sensors, can make their processes more efficient and even open up new revenue streams. The IIoT can also give them an insight into the broader supply chain, which will allow businesses to coordinate and create further efficiencies.

Which industries are adopting the Industrial Internet of Things?

Right now, the IIoT is of particular interest to the manufacturing, retail, utilities and transport industries. IIoT projects can give manufacturers a better idea of how their production lines are operating, and to make better predictions about when particular machines will need servicing, which will reduce unexpected downtime. Utilities can use the IIoT to cut down on the cost of sending staff to check on remote installations by making them self-monitoring. Retailers can understand where the bottlenecks are in their supply chain, and transport companies can better understand the performance of their vehicle fleets. But these aren’t the only interested sectors: health care and government are also likely to be big IIoT adopters. And while the moment it’s mostly being explored by larger organisations, it may become more widely adopted as the price of hardware and services comes down .

The IIoT should not be confused with the consumer Internet of Things, although there’s often some overlap between the two. Consumer IoT devices can range from smartwatches to smart home speakers (and light bulbs and door locks and other smart home devices), and even shoes or clothes. The core idea of the consumer IoT is, however, fundamentally the same as that of the IIoT: to use sensors and automation to make processes more efficient. But rather than an industrial process, the consumer IoT is about making life easier or more fun (or trapping us all in a web of pervasive surveillance by intelligent machines we’ve welcomed into our homes, depending on your point of view).

How big is the Industrial Internet of Things?

What companies spend that IoT budget on will vary: for manufacturers, systems to support production and asset management will be key; freight monitoring and fleet management will be priorities for transport companies, while for utilities spending will be dominated by building smart grids for electricity, gas, and water.

IDC said leading IoT use cases for business will include manufacturing operations ($100 billion), production asset management ($44.2 billion) and freight monitoring ($41.7 billion), but the tech analyst said the fastest growth is likely to be in areas including airport facility automation, electric vehicle charging, agriculture field monitoring — plus bedside monitoring in healthcare and in-store marketing in retail.

Sliced up by technology types, IoT services will account for $258 billion of that spending, IDC said, with hardware spending close behind at $250 billion – more that $200 billion of that will go on sensors. IoT software spending will total $154 billion in 2019. The US and China will spend the most, followed by Japan, Germany, Korea, France and the UK.

What are current and future use cases for the Industrial Internet of Things?

Rolls-Royce is a good example of both current and tomorrow’s use cases for IIoT. The engine maker receives more than 70 trillion data points from engines in service with its customers. While the original service model was based around the repairing broken engines, it can now use that data to manage and schedule engine repair , for example combining that data with machine learning analytics to alert engineers to potential problems before they would otherwise be noticed.

The company also has some futuristic ideas — like using swarms of miniature robots just 10mm in diameter that crawl through engines carrying tiny cameras, allowing engineers to carry out a visual inspection of the engine without having to remove it from the aircraft. Another idea is for remotely controlled robots to carry out specialist repairs, which would reduce the need for engineering teams to travel to an aircraft’s location, resulting in a quicker return to service.

What is the Industrial Internet of Things used for now?

The idea of using sensors to track goods or monitor machinery is not particularly new in itself. What’s different about the IIoT is that mass adoption is now a possibility thanks to the low price of sensors, pervasive wireless neworking options and the advent of big-data analytics.

But for most companies it’s still relatively early days for the IIoT. Some of the technologies involved have been (and still are) too expensive or complex for mass adoption, while others — 5G networks, for example — aren’t ready yet.

What businesses are already benefiting from the Industrial Internet of Things?

So while the largest organisations have made some progress, many potential users of the IIoT are still at the early stages of investment.

For example in the UK, government-backed innovation body Digital Catapult is working with two manufacturers, Dyer Engineering and Special Metals Wiggin, to create a ‘ Connected Factory demonstrator ‘ and is looking for IoT and LPWAN enabled startups who are able to deploy their asset tracking solutions in a live manufacturing environment. The project aims to help solve some of the challenges related to process measurement, optimisation and control as well as indoor tracking for the location of assets, equipment and components.

Another set of smart factory trials in the UK will see engineering company Worcester Bosch using is using 5G, IoT sensors and data analytics to help with preventative maintenance by predicting equipment failure.

What is the Industrial Internet of Things often confused with?

There are few alternative labels in use for the IIoT. Machine-to-machine (M2M) is one; others talk of the ‘fourth industrial revolution’ or Industry 4.0 . All of these labels are largely interchangeable; the key concept is that pervasive real-time data and dynamic decision making can deliver a significant step up in performance for businesses.

What are the key Industrial Internet of Things technologies?

It’s easiest to think of three main IIoT infrastructure components: the sensors, the network and the analytics. The IIoT is taking shape now because each of these elements are now sufficiently mature and cheap enough that projects can be financially viable. How these are combined will depend on the particular project.

The Industrial Internet of Things and 5G

The sensors can be anything from cameras to thermometers or motion sensors, depending on the project. The networks can range from Bluetooth and wi-fi though to 4G and (soon) 5G networks and satellite depending on the use case. An IIoT project might use more than one option — a tracking system that uses satellite links while the goods are being shipped by sea, which then switches to wi-fi when they arrive at a port. Vendors from satellite companies through to networking companies and mobile operators are all keen to grab some of this business.

All those sensors will create vast amounts of real-time data, which will need to be analysed much faster in order to make the swift decisions that IIoT advocates claim will boost business efficiency. Gartner forecasts that 14.2 billion connected things will be in use in 2019, and that the total will reach 25 billion by 2021, producing immense volumes of data including video, still images, speech, network traffic activity and sensor data. AI will be key to managing that flow, finding patterns and making predictions. “CIOs must build an organization with the tools and skills to exploit AI in their IoT strategy,” Gartner said.

The Industrial Internet of Things and cloud computing

Most of these applications will involve cloud computing in some form too. That might be just the data storage or the big data analytics, or it could be more sophisticated. Cloud computing vendors are offering services that stretch from their data center right to the edge of the network — so-called edge computing , where the data analysis is carried out on or near the IoT device rather than at a distant cloud data center. By reducing the distance the data has to travel, companies can get answers quicker. Microsoft has its Azure IoT hub , Google has Google Cloud IoT and Amazon Web Services has its AWS IoT services .

Industrial Internet of Things and security

The IIoT brings with it new security risks because networking objects that would have otherwise been standalone means there’s a risk that hackers could snoop on the data being transmitted, or even attempt to gain control of the devices. Consumer IoT device manufacturers have long been criticised for poor security practices like weak or non-existent passwords and software that cannot be upgraded when bugs become apparent. The IIoT has to contend with these worries and more, but the stakes are potentially much higher. Connecting manufacturing lines or power grids to the internet in one form or another (or even the web) increases the potential attack surface for hackers. The IIoT may make businesses more responsive, but could also open up critical national infrastructure to the risk of cyber attack.

According to a survey of 750 businesses by satellite communications company Inmarsat , only one in three firms has invested in new security technologies or worked with security specialists for assistance. Over half said they lacked staff with cybersecurity skills to deliver their Industrial IoT deployments. “Without secure Industrial IoT networks, enterprises may leave themselves open to cyberattacks designed to cripple industrial machinery, ransomware or industrial espionage,” Inmarsat warned.

Some of the areas that companies need to consider include access management, secure execution environments, data encryption, and validation and authentication between sensors, gateways and the software orchestration platform.

A survey by tech analyst Gartner found that security is one of the most significant areas of technical concern for organizations deploying IoT systems, largely because they don’t have full control of the software and hardware being used. Unsurprisingly spending on IoT security is increasing at a significant pace (see chart).

Another problem with IIoT security is that while these projects are planned, deployed and operated at the business-unit level, setting a consistent broader security strategy is rare. Deciding which products and service to use is “largely ad hoc ” Gartner said, based upon the device provider’s alliances with partners or the core system that the devices are enhancing or replacing.

How do you get started with the Industrial Internet of Things?

The first step towards an IIoT strategy is to understand what you’re trying to achieve. IIoT projects can focus on predictive maintenance, industrial automation, broader operational efficiency, reducing downtime or making better business decisions and creating new revenue streams. Each of these will need a different set of sensors, networks and data analytics.

Where is the Internet of Things heading in the future?

The IIoT is still mainly at the stage of trials and pilots, bar a few exceptions where large manufacturers have made big investments. As sensors get smaller and cheaper, and 5G network (in particular) become more pervasive, it’s likely that interest in the IIoT will continue to grow.

What is the IIoT? Everything you need to know about the Industrial Internet of Things have 2353 words, post on www.zdnet.com at March 1, 2019. This is cached page on Europe Breaking News. If you want remove this page, please contact us.