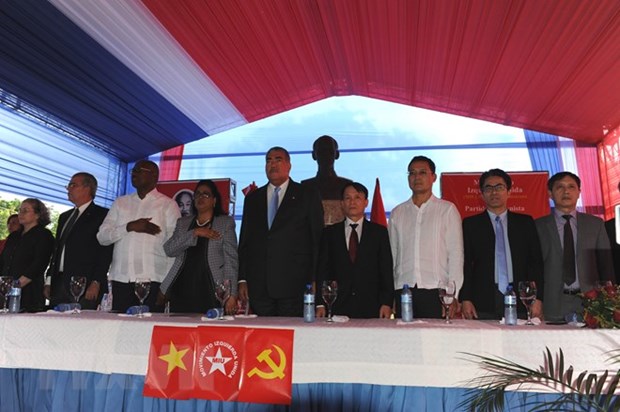 The CPV delegation and social and political activists at a flag salute ceremony held as part of the event (Photo: VNA)

Santo Domingo (VNA) – An activity to honour President Ho Chi Minh  has taken place at a square named after the late Vietnamese leader in Santo Domingo, the capital of the Dominican Republic.

The United Left Movement of the Dominican Republic (MIU) hosted the event on the occasion of an official visit to the country by a delegation of the Communist Party of Vietnam (CPV) led by Nguyen Duc Loi, a member of the CPV Central Committee and General Director of the Vietnam News Agency (VNA).

The event attracted the participation of leaders and social and political activists of the Dominican Republic and diplomats from other Latin American countries, as well as about 500 MIU members and local residents.

At the event, MIU General Secretary and Minister for Regional Integration Policies Miguel Mejía highlighted Ho Chi Minh's revolutionary values, saying that they will continue to be a source of encouragement for progressive forces in Latin America in particular and in the world at large in their fight against oppression and social inequality.

He recalled that Professor Juan Bosch, the first elected president of the Dominican Republic, played an important role in the introduction of the thoughts of Ho Chi Minh to this Caribbean island.

Senator and Politburo member of the Dominican Liberation Party (PLD) Cristina Lizardo emphasised that honouring President Ho Chi Minh also means honouring humanitarian values and aspiration for independence of many countries in the world, including the Dominican Republic. 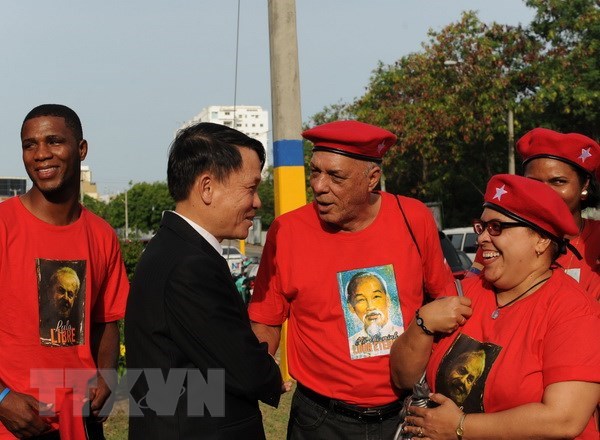 Nguyen Duc Loi and people of the Dominican Republic , who attended the event. (Photo: VNA)

For his part, Nguyen Duc Loi highlighted the significance of the event and affirmed that the aspiration for freedom, peace and development are the factors helping Vietnam, the Dominican Republic and other Latin American countries foster friendship and cooperation despite geographical distance. -VNA

Dominican people honour late President Ho Chi Minh have 535 words, post on en.vietnamplus.vn at July 14, 2018. This is cached page on Europe Breaking News. If you want remove this page, please contact us.