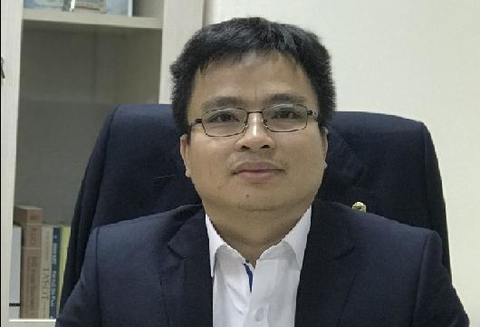 The exchange rate between the Vietnamese dong and the US dollar has kept on rising significantly in recent weeks, which has surprised both investors and analysts in Viet Nam despite the economy’s stable development and historical-high foreign reserves. Viet Nam News reporter Nguyen Hoang Son discusses the issue with Pham Tien Dung, deputy head of analysis and investment consultancy at Bao Viet Securities Joint Stock Company.

The rise in the daily reference rate set by SBV in recent weeks comes mostly because the US dollar has gotten stronger in the global market since mid-April on the recovery of the US economy and the Fed’s rate hike policies. The USD Index rose to 94.8 points from its all-time low of 88.2 points on Wednesday and it has advanced 2.6 per cent since the start of the year. I think it is reasonable for the SBV to raise its daily reference exchange rate to meet the trend on the global markets. The adjustment of the relative exchange rate between the dong and the dollar also makes sure Vietnamese exports are comparatively competitive on the international market. In general, the growth margin of the daily reference exchange rate is still narrow (below 1 per cent), so it has hardly caused significant negative impacts on Viet Nam’s macroeconomic conditions.

How will the increase in the exchange rate affect the Vietnamese economy? Which industries and sectors will benefit from that growth? And which ones will suffer?

The recent increase of the VND/USD exchange rate is considered necessary to assure Vietnamese products are competitive, especially when many other currencies have become weaker against the US dollar. In the short term, exporting businesses will benefit from a stronger dollar as they receive payments in dollars while import businesses will suffer as they have to pay in dollar. Another type of business that can also suffer from a stronger dollar is those that make loans in dollars. In the middle and long term, if the exchange rate keeps rising, it will pull the prices of imports up too and impact Viet Nam’s trade balance and inflation.

There is also a possibility relating to macroeconomic instability that foreign investors may withdraw from Viet Nam given a stronger dollar against the dong. However, the daily fluctuation of the exchange rate is still under control of the central bank. Viet Nam’s trade and capital balance have remained at a surplus in the first four months of the year, thus helping to increase the economy’s foreign reserves by more than US$10 billion to the historical high of nearly $63 billion. As the supply of foreign currencies is abundant, there are no signs of potential risks for the exchange rate in the remaining months of 2018.

Foreign investors have remained net sellers in Viet Nam in the last few weeks. Is that related to the movement of the VND/USD exchange rate? Do you think net foreign selling will end soon?

The net foreign selling in the last few weeks can be explained by the following reasons. First of all, foreign investors have net-sold stocks through order-matching transactions in order to realise their profits after the Vietnamese stocks have kept rising since early 2017. Secondly, foreign investors have net-sold in frontier and emerging markets to switch focus onto other markets and assets because they want to restructure their investment portfolios after the Fed increased its lending rate – which has helped strengthen the US dollar against other currencies. Thirdly, open-end funds in Viet Nam need to shake off their investment lists to prepare for the listing and IPO of some large-cap businesses such as the high-end property firm Vinhomes and Techcombank.

However, net foreign selling has only appeared via order-matching transactions on the stock market. And if put-through transactions are counted, foreign investors are still considered net buyers with total net buy value of $1.5 billion reached in the first five months of the year. For example, Vinhomes debuted on the HCM Stock Exchange on May 17. In the following session on May 18, $1.35 billion worth of 268 million Vinhomes shares were traded via put-through transactions. Therefore, it is too early to confirm whether recent net foreign selling is related to the movement of the VND/USD exchange rate.

After falling significantly in recent weeks, Vietnamese stock indices have dropped by 20 per cent and the local market’s price-to-earnings (P/E) ratio has declined from the previous 22 to 17 – the level that attracted foreign investors to net-buy stocks. With the stability of macroeconomic factors, incoming listing of large-cap firms may help put an end to foreign investors’ ongoing net selling trend. — VNS

Exchange rate no problem for Viet Nam have 966 words, post on bizhub.vn at May 31, 2018. This is cached page on Europe Breaking News. If you want remove this page, please contact us.