It’s eight in the morning and a bunch of adolescents are leaning on a gate observing the comical antics of Oreo, Agro and Wilma on the other side. Somehow, the three goats have caught the kids’ attention so completely that they momentarily have no interest in the usual teenage trappings , such as cell phones.

The scene is playing out in front of a school farm, which — besides accommodating the goats — is home to ducks, chickens, pigs and a whole range of other animals. The farm, like the garden next to it, belongs to the Hagenbeck high school in Berlin’s north-eastern district of Pankow.

Every day some 400 kids pass through the door of the unspectacular mid-rise prefab that looks much like many other schools in the city. Only it’s not. This one has a special draw.

“I chose this place because I’m really interested in animals and gardens,” 12-year-old Yara said. She and her fellow students, Lina and Elodie are chopping fruit plucked from the school’s own apple tree, to feed the goats.

“You have to take care to feed them one at a time,” Elodie explains. “Otherwise one ends up not getting enough and they lock horns.”

When asked whether learning in harmony with nature is more fun than sitting in the classroom, she doesn’t miss a beat. 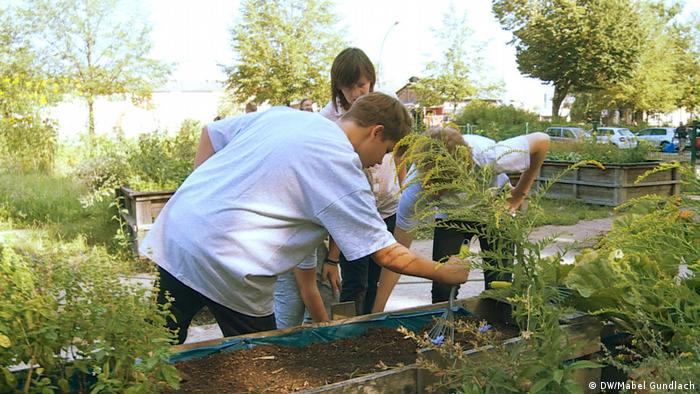 Which is not to say there’s no classroom learning at the school. Students at Hagenbeck have lessons in math, German, sport, physics and languages, just like their contemporaries at more mainstream schools across the city. It’s just that here, biodiversity is omnipresent.

“Staff teaching all subjects sat down together and discussed how best to integrate biodiversity,” deputy head Claudia Krötenheerdt tells DW.

The upshot was a rounded, inclusive and hands-on curriculum in which math lessons include such activities as measuring the garden beds, technology classes see students learn to make frames for bean plants, and in which “Animal Farm” is standard reading.

“As far as I know, we’re the only school in Germany that does this,” Krötenheerdt says.

The project started in earnest in 2007, when the German government introduced a national strategy to counter the loss of habitat and biodiversity.

When Krötenheert and her colleagues put their heads together to come up with a way of getting the school involved, they hit upon the immersive idea of making biological diversity the key theme of the school. That was eight years ago, and they haven’t looked back since. 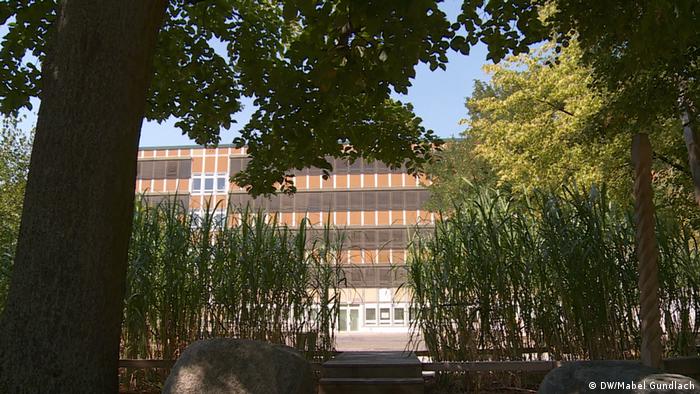 It might not look much different to other schools in the city, but to cross the threshold is to enter a very different world of learning

Learning with spades and forks

In the school garden, which adjoins the farm, students have been given the task of cutting back certain plants. When 12-year-old Kolja asks if they’re meant to take their secateurs to everything in sight, he gets a blunt response from Elke Mahrenholz, who helps run the garden.

“It wouldn’t do you any harm to listen,” she tells him. “Only cut the ones that have dried out.”

Reprimanded, he fiddles shyly with his secateurs, but later reveals just how much he does listen, by talking with confidence about photosynthesis and the other things he has learnt at school, such as “sustainability, reusing things you no longer need, upcycling old things to make something new.”

The raised beds in the school garden, made from repurposed vaulting horses once used in sports class, are an example of just that.

“You could add a bit more horse manure here,” Mahrenholz tells the students who have removed the dried up plants and are now planting new ones.

In the winter, when there’s less practical work to do in the garden, she teaches them about the ground in which they grow their crops, about using natural fertilizers to improve the quality of soil, and about the biodiversity within it.

Putting the environment on the curriculum

Behind the raised beds, a few students are tending the so-called three sisters.

“Every year, we plant a mixture of crops, this year our focus is on the three sisters,” explains 13-year-old Eric. “That means corn, pumpkin and beans.”

“The corn is so tall that it towers above the smaller sisters and provides them with some shade,” Charlotte adds. “The middle sister, the beans, grow up the corn plants and give them stability.”

Pointing at a pumpkin in the bed, Tabea refers to it as the “little sister, whose large leaves keep the soil moist and prevent weed growth.” And then, with a shy smile, she harvests it.

“By planting things the way we do, the children learn about crop mixtures in contrast to the monocultures of conventional farming,” Mahrenholz explains. “It helps them develop an understanding for the fact that our agriculture has to move away from monocultures towards more mixed crops.”

And the students even get to taste the fruits of their labor when they get together to cook the vegetables and herbs they harvest from their garden. 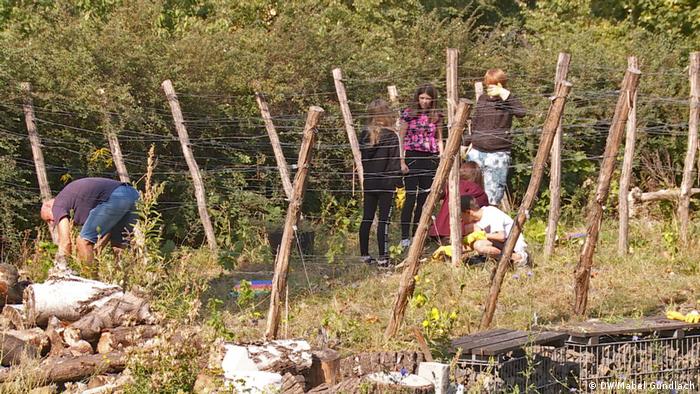 The children are too young to drink wine, but old enough to learn how to grow grapes

Between classes, the kids come to the school yard to hang out. But it’s no ordinary yard. One part of it has been given over to tall reeds that give the impression of being somewhere else. Only when the wind blows them apart, do the school building and the other part of the yard come into view.

For now, this part is still plain old concrete, but there are plans to change that. Just as soon as there’s enough money in the pot.

But keeping the award-winning school moving forward is not all about financing.

“It takes a lot of initiative,” the deputy head explains. “We need a lot of creative thinking.”

On that, parents, teachers and other staff members will continue to deliver, because they all want to ensure that the three goats and the three sisters remain on the curriculum of Berlin’s Hagenbeck school.

Going to school with goats in Berlin have 1936 words, post on www.dw.com at January 4, 2018. This is cached page on Europe Breaking News. If you want remove this page, please contact us.