When a small cluster of houses appeared on the outskirts of the remote Serra da Moça in northernmost Brazil, Jabson Nagelo da Silva was alarmed.

“They had just put themselves there,” said Nagelo. “They were taking advantage of our lands.”

That land belongs to the Makuxi. Nagelo, the son of one of the tribe’s leaders who passed away in recent years, sees the encroachment as an invasion — and a threat to them and their way of life.

Although the intentions of the new arrivals remain unclear, Nagelo’s concern was based on past experience.

Ever since the Makuxi first came into contact with outsiders more than 200 years ago, they’ve fought to maintain their languages and customs — as well as the land they say their ancestors have lived on for centuries.

Waves of mining prospectors, loggers and cattle ranchers have been moving in and around indigenous lands for years, including Serra da Moça. In some cases, the Makuxi have faced threats and physical violence when they’ve pushed back against encroachment.

But before Nagelo could alert the authorities about the suspected intrusion, he had to prove the settlement was indeed on Makuxi territory — even though the tribe didn’t have a copy of official maps showing the borders first recognized in 1984.

Proof came in an unexpected form: a smart phone app. 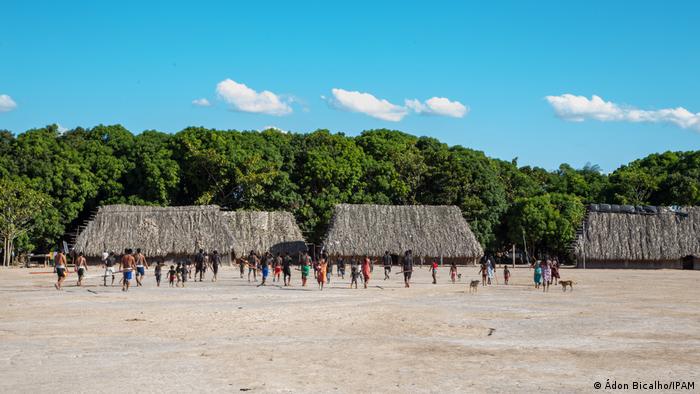 Nagelo had attended a workshop on how to use the digital tool along with 100 other indigenous Brazilians earlier in 2018. When he accessed the map of Makuxi territories via the app, his suspicions about the new houses were confirmed. Smart phone in hand, he could make a complaint to the authorities.

“We suspected an invasion, but no one had the tools to map our territory ourselves,” he said. “When I saw the map of the demarcated indigenous land, I was happy that we had this tool. We indigenous can do our own monitoring or our territory.”

IPAM say its free app has helped verify several cases similar to the Makuxi’s. When the Kayapó people — known for maintaining colorful traditional festivals — noticed deforestation on the outskirts of their land in June 2017, they reported it via the app. They were able to preserve that land, and farming traditions.

While many such communities live in remote areas, IPAM’s indigenous group coordinator Fernanda Bortolotto says they more connected now. She estimates that over 100 people are now using the app — although she’s unsure of the total number, as cell phones are often shared within the communities.

“In my job, it’s a lot easier to communicate with them by Facebook or Whatsapp than by email,” Bortolotto told DW. “They’ve had mobile phones for a long time — just not as tools to monitor their territories before.” 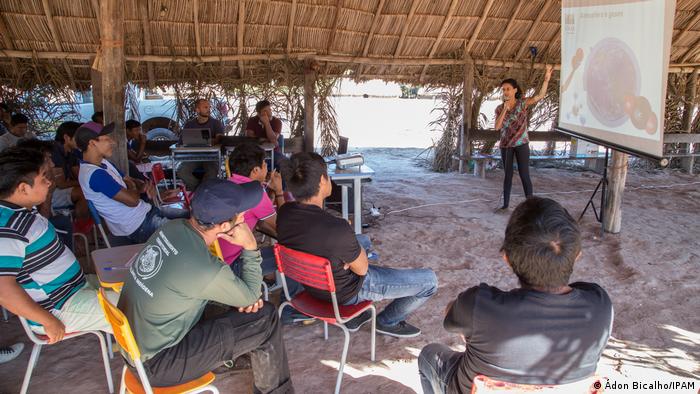 Indigenous representatives say they’re also using the apps to deal with threats due to climate change. Record droughts are increasing in the Amazon, heightening chances of wildfires and tools like SOMAI can help communities avoid these hotspots and combat fires.

Temperature and rainfall information are also helping communities plan for drought and other extreme weather events. Those using the app are able to add in their own climate-tracking data, too.

Read more: Granting indigenous land rights could save the climate – or not

“We saw an opportunity with the app to produce information from within indigenous communities,” said Sineia do Vale, who is a member of the Uapixana indigenous group and environmental manager at the Indigenous Council of Roraima, an nongovernmental organization in Roraima state, where the Makuxi live.

“Communities can make their own climatic maps [and] become more resilient.”

But the survival of Brazil’s indigenous is not just an issue of land rights or local environmental benefits, say indigenous rights groups.

Recent research has shown that Amazon deforestation is at a “tipping point,” which would mean that the rainforest could become a savannah. In that scenario, the world could lose one of the planet’s most important CO2 stores.

Studies show deforestation is much lower in protected and indigenous territories than outside of them, meaning forests peoples are playing an  “unparalleled role” in protecting the 54.5 million metric kilotons of carbon stored in tropical forests. 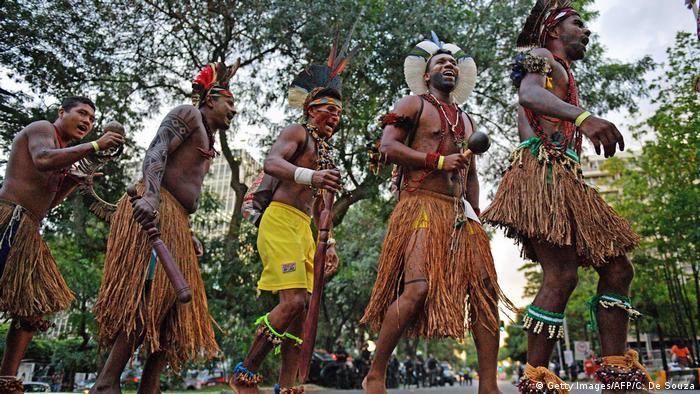 Still, proposed laws in Brazil could make it more difficult for indigenous communities to lay claim to their land. Demarcated indigenous territories account for 13 percent of the country’s terrain — 98.5 percent of which is in the Amazon region.

Land demarcation is already a lengthy process subject to several layers of investigation by government bodies, including the Justice Ministry. But a proposed “time stamp” would burden indigenous groups with proving they were present on their lands in 1988, when the Brazilian Constitution came into effect, in order to remain.

After visiting indigenous communities in Brazil in 2016, UN rapporteur Victoria Tauli-Corpuz described what she saw as grave and worsening conditions.

Funai, the Brazilian government body responsible for policies relating to indigenous peoples, has had its budget slashed nearly in half in recent years — undermining monitoring, protection and demarcation efforts.

Indian communities sharing the Makuxi’s land told investigative journalism outlet Amazonia Real that members of their group had been threatened “nine times” in recent years by individuals associated with timber company FIT Manejo Florestal, which is logging along the borders of the land. (DW reached out to FIT for comment but were unable to reach them by the time of publication.)

IPAM believes its app, which won a Google Social Impact Challenge award in 2016, could play an important role as indigenous communities come under increasing pressure.

“Our objective is that this data will be principally made available to these indigenous peoples,” said Bortolotto,”so they can use it as a tool in their fight (for rights).”

Brazil's indigenous groups go mobile to protect the forest have 1813 words, post on www.dw.com at January 8, 2018. This is cached page on Europe Breaking News. If you want remove this page, please contact us.