(CNN) There was another big win in the advancement of immunotherapy treatments for cancer this week.

The Food and Drug Administration approved an immunotherapy drug called Keytruda , which stimulates the body’s immune system, for the first-line treatment of patients with metastatic non-small-cell lung cancer.
In other words, the drug could be the very first treatment a patient receives for the disease, instead of chemotherapy. Keytruda is the only immunotherapy drug approved for first-line treatment for these patients.
So it seems, the future of cancer care may be in our own immune systems, but how exactly does it work, and what are its pros and cons? 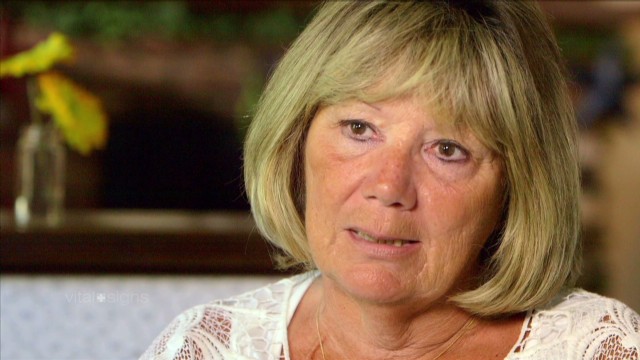 What is cancer immunotherapy?

What is cancer immunotherapy? 04:39
“It’s certainly going to become an independent way of treating cancers,” said Dr. Philip Greenberg, head of immunology at the Fred Hutchinson Cancer Research Center in Seattle, during a Q&A session at the International Cancer Immunotherapy Conference in New York in September.
Read More
“We always talk about the three pillars of cancer therapy — radiation therapy, chemotherapy and surgery — and it’s become quite clear now that there’s going to be a fourth pillar, which is immunotherapy,” he said. “There are times where it will be used alone, and there will be times that it will be used in conjunction with the other therapies, but there’s very little to question that this is going to be a major part of the way cancers are treated from now on, going forward.”
Here’s a look at the past, present and future of cancer immunotherapy.

It began with Bessie

In the summer of 1890, 17-year-old Elizabeth Dashiell, affectionately called “Bessie,” caught her hand between two seats on a passenger train and later noticed a painful lump in the area that got caught, according to the Cancer Research Institute .
She met with a 28-year-old physician named Dr. William Coley in New York to address the injury. He performed a biopsy, expecting to find pus in the lump, probably from an infection. But what he found was more disturbing: a small gray mass on the bone . It was a malignant tumor from a type of cancer called sarcoma .
Dashiell had her arm amputated to treat the cancer, but the disease quickly spread to the rest of her body. She died in January 1891. A devastated Coley went on to devote his medical career to cancer research. 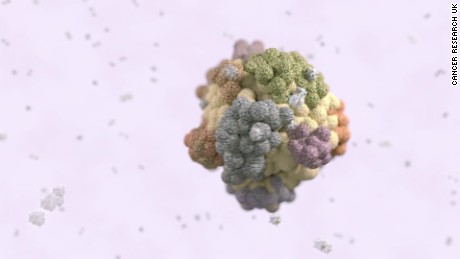 Fighting cancer by targeting its ‘Achilles’ heel’ 01:51
Coley is sometimes referred to as the ” father of cancer immunotherapy ,” according to the Memorial Sloan Kettering Cancer Center.
During his career, he noticed that infections in cancer patients were sometimes associated with the disease regressing. The surprising discovery prompted him to speculate that intentionally producing an infection in a patient could help treat cancer.
To test the idea, Coley created a mixture of bacteria and used that cocktail to create infections in cancer patients in 1893. The bacteria would sometimes spur a patient’s immune system to attack not only the infection but also anything else in the body that appeared “foreign,” including a tumor. In one case, when Coley injected streptococcal bacteria into a cancer patient to cause erysipelas, a bacterial infection in the skin, the patient’s tumor vanished — presumably because it was attacked by the immune system .
Coley’s idea was occasionally studied by various researchers in the 1900s but was not widely accepted as a cancer treatment approach until more recently. 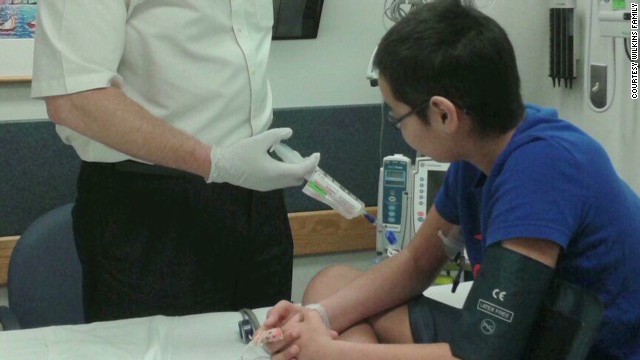 New treatment attacks cancer cells 02:56
“Immunotherapy has essentially undergone a sort of revolution in the last decade in the sense that something that was experimental — and there were still questions about what role it would have in the way cancer is treated — is completely turned around, and now it’s clear it’s effective,” Greenberg said.
German physician Dr. Paul Ehrlich , who won the Nobel Prize in physiology or medicine in 1908 , proposed using the immune system to suppress tumor formation in the “immune surveillance” hypothesis — an idea that seems to follow Coley’s.
Yet it wasn’t until the early 2000s that the hypothesis became more widely accepted, according to the Cancer Research Institute. A landmark review published in the journal Nature Immunology in 2002 supported the validity of cancer immunosurveillance.
“Cancer immunotherapy really refers to treatments that use your own immune system to recognize, control and hopefully ultimately cure cancers,” said Jill O’Donnell-Tormey, CEO of the Cancer Research Institute, during the conference in New York last month.
“Many people for many years didn’t think the immune system was really going to have a role in any treatment for cancer,” she said, “but I think the entire medical community (and) oncologists now agree that immunotherapy’s here to stay.”

‘Turning oncology on its head’

One of the most famous cancer patients to have received a form of immunotherapy is former President Jimmy Carter , who had a deadly form of skin cancer called melanoma. Last year, he announced that he was cancer-free after undergoing a combination of surgery, radiation and immunotherapy. 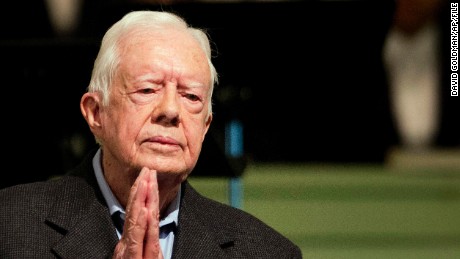 Jimmy Carter announces he’s cancer free 03:59
Carter was taking Keytruda. It’s approved to treat melanoma, non-small-cell lung cancer , and head and neck cancer . However, it’s not the only approved immunotherapy option out there.
“The advances and the results we’ve seen with using the immune system to treat cancer in the last five years or so are turning the practice of oncology on its head,” said Dr. Crystal Mackall, a professor at the Stanford University School of Medicine and expert on cancer immunotherapy.
“You don’t want to overstate it. As an immunotherapist, I see things from my vantage point, which is biased, but my clinical colleagues use words like ‘revolution,’ ” she said. “When I hear them say that, I think, ‘Wow, this really is a paradigm shifting for how we think about treating cancer.’ ” 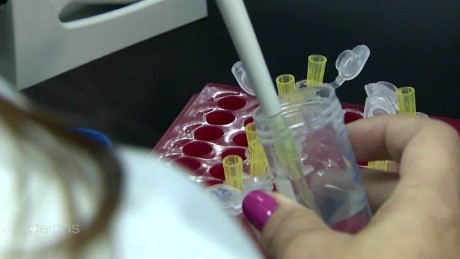 A lung cancer vaccine was created in this lab

A lung cancer vaccine was created in this lab 06:47
Immunotherapy comes in many forms — treatment vaccines, antibody therapies and drugs — and can be received through an injection, a pill or capsule, a topical ointment or cream, or a catheter.
The FDA approved the first treatment vaccine for cancer, called sipuleucel-T or Provenge , in 2010. It stimulates an immune system response to prostate cancer cells and was found in clinical trials to increase the survival of men with a certain type of prostate cancer by about four months.
Another treatment vaccine, called T-VEC or Imlygic, was approved by the FDA in 2015 to treat some patients with metastatic melanoma .
Researchers hail new cancer treatment: Unlocking the body’s immune system
Some antibody therapies have been approved, as well. Antibodies, a blood protein, play a key role in the immune system and can be produced in a lab to help the immune system attack cancer cells .
The FDA has approved several antibody-drug conjugates, including Kadcyla for the treatment of some breast cancers , Adcetris for Hodgkin lymphoma and a type of non-Hodgkin T-cell lymphoma, and Zevalin for a type of non-Hodgkin B-cell lymphoma .
The FDA also has approved some immunotherapy drugs known as immune checkpoint inhibitors . They block some of the harm that cancer cells can cause to weaken the immune system.
Keytruda, which Carter took, is a checkpoint inhibitor drug. Other such drugs include Opdivo to treat Hodgkin lymphoma, advanced melanoma , a form of kidney cancer and advanced lung cancer . Tecentriq is used to treat bladder cancer , and Yervoy is used for late-stage melanoma .
Elephant genes hold clues for fight against cancer, scientists say
Additionally, there are many immunotherapy treatments in clinical trials, such as CAR T-cell therapy . The cutting-edge therapy involves removing T-cells from a patient’s immune system, engineering those cells in a lab to target specific cancer cells and then infusing the engineered cells back into the patient. The treatment is being tested to treat leukemia and lymphoma.
“The real excitement now in cellular therapy, in T-cell therapies, is it reflects the developments in an area that we call synthetic biology, which is that you can add genes to cells and you can change what they do, how they behave, how they function, what they recognize,” Greenberg said.
He added that some approaches to use engineered cells may get approved as early as late 2017.
The high price of new immunotherapy drugs has also garnered attention in the field, according to the Fred Hutchinson Cancer Research Center . For instance, some estimates suggest that checkpoint inhibitor treatments could cost as much as $1 million per patient .
As approvals continue, many scientists caution that doctors and patients alike should prepare for potential severe side effects and downsides.
Boosting the immune system with such therapies may cause skin reactions, flu-like symptoms, heart palpitations, diarrhea and a risk of infection. New cancer immunotherapy drugs have even been linked to arthritis in some patients .
A clinical trial conducted by Juno Therapeutics to test the effectiveness of an experimental immunotherapy treatment for lymphoblastic leukemia was halted after three patients died . They suffered cerebral edema or brain swelling.
Greenberg is a scientific co-founder of Juno Therapeutics . 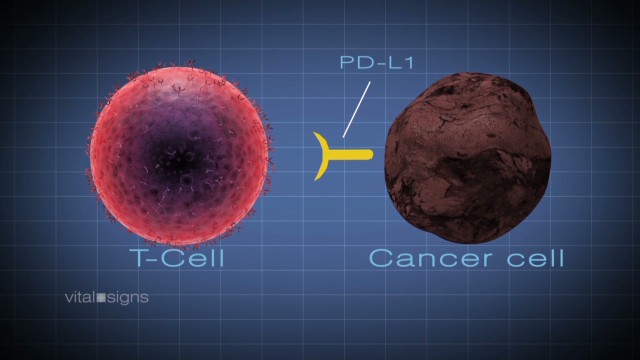 The front line in battle against cancer

The front line in battle against cancer 06:22
However, “one of the best attributes of immunotherapy and the future of medicine is that it’s very precise in the way that it kills tissue and spares normal tissue, so in some way, immunotherapy is less toxic (than other therapies). There are patients who are treated with checkpoint inhibitors who have essentially no side effects,” Mackall said. “That would never happen with chemotherapy. They would always have side effects.
“Still, you know, the fact remains that probably nothing is perfect, and there are likely to be some side effects, but as far as we know now, they are less likely to be as severe or prevalent.”
As immunotherapy continues to develop as an option for cancer treatment, experts plan to be realistic about forthcoming challenges.

The challenges of immunotherapy

Experts say they hope to better understand why some patients may have different responses to immunotherapy treatments than others — and why some treatments may result in remissions instead of relapses, or vice versa.
Can Silicon Valley cure cancer? Napster founder Sean Parker says yes
“There’s this whole problem of, you give people an immunotherapy, it looks like it’s working, and then it stops working. We get recurrences or progression after some period, and the question is, why did that happen? How can you change it?” Greenberg said.
“This is where the science has come to play an important part: Is it because the immune response was working and somehow the tumor turned it off? And if that’s the case, then we have to look at ways in which we can reactivate the immune system,” he said. “Or is it not that, is it just that the immune system did what it’s supposed to do, but now a variant grew out, now a tumor grew out that’s no longer recognized by the immune response you are enforcing? If that’s the case, then we need ways to build subsequent immune responses to tackle that.”
Join the conversation

Therefore, researchers have to better understand the behavior of not only the immune system but also cancerous tumors — and it’s no simple task.
“If there’s a perception that it’s easy, that’s a mistake. I think our lab has spent decades trying to figure out how to manipulate the immune response,” Greenberg said.
“Some patients are anticipating things to change overnight and be immediately available as a therapy. It takes quite a while,” he said, “but I’m quite certain immunotherapy is going to be enormously useful. It’s just, right now, we are limited in what can be done.”

Can your own immune system kill cancer? have 2222 words, post on edition.cnn.com at October 26, 2016. This is cached page on Europe Breaking News. If you want remove this page, please contact us.