“This Ain’t California” isn’t your typical documentary. Rather, the film tells the history of a handful of skaters who created the skating scene some 30 years ago in East Germany, which was also known as the GDR.

If you thought skateboards and the GDR were mutually exclusive, think again.

“Children don’t need skating lessons, they start skating on their own,” explains Dirk, one of the skaters, at the beginning of the film. “There was certainly enough concrete for us. And give a child something with wheels on it, then put them into a concrete world, and they will all have the same idea. It has nothing to do with America.” A skater reunion 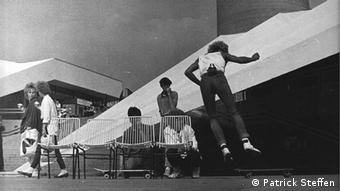 Skaters presented a subculture that was subversive to the state

The film starts out in a neighborhood of Magdeburg marked by pre-fab high-rises. During the 1980s, the boys met up everyday in the courtyard between their apartment buildings to skate away the time on their homemade boards. The film is about their friendship and how they built their own little world on wheels. It tells how they came to be a part of the local skate scene in East Berlin, and how their friendship dissolved shortly after the Berlin Wall came down.

Although the film is focused on the past, it takes a contemporary perspective. One of the skaters, Dennis Paracek, later joined the military and was killed in Afghanistan in 2011. In the film, his funeral brings the old skater friends together again, gathering around the campfire reminiscing about their friend and skating past-time.

"Film is like music: You need the poetry,” he said. “Without poetry, everything becomes very technical.” He added that it is a documentary film with a poetic undercurrent. 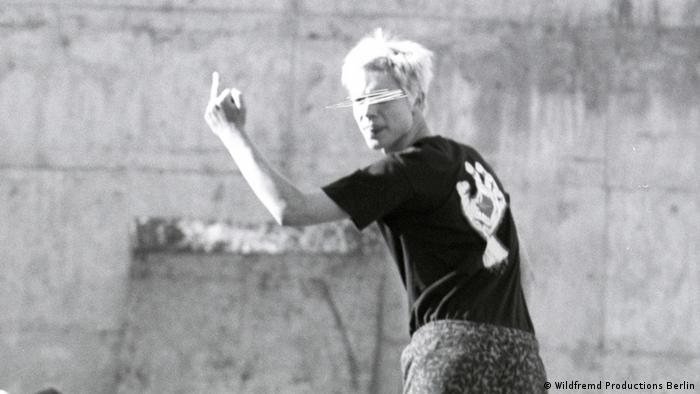 Nevertheless, producer Ronald Vietz defends his work, refusing to call them fictional biographies. “Fiction would mean we invented everything,” he said. “But we didn’t invent the stories. We used our research to put together this film. Doing this, we created something new, a narrative form. The biographies that you see in the film are real, they’re just a little bit different.” An abstract form 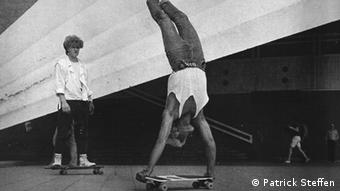 Skater mesmorized onlookers by they tricks

Out of the material collected during three years of research, the filmmakers created the protagonists who went to Berlin in the mid 80s to jump on their skateboards on Alexanderplatz, one of the city’s main squares. What began as a boys’ pastime in the backyards of Magdeburg assumed a greater significance in the capital.

At the base of the television tower on Alexanderplatz, many people would stop to watch the skaters presenting their daring tricks. The spectators were inspired but also puzzled: What’s the point? In those times, those who didn’t follow a particular goal were somehow suspicious. Skating was an uncommon sight; it simply wasn’t done. An untold history

At the Euroskate event in Prague in 1988, skaters from all different countries came together, despite state intervention. After that, the West German skating company owner Titus Dittmann supported his fellow skaters in the East and tires and boards were smuggled across the border.

The film, however, is not without nostalgia and is about the youths who took their lives into their own hands and dared to be different. News presenter and former East Berlin skater Jens Riewa personally thanked producer Ronald Vietz for the film.

“Jens Riewa came out of a screening and said, 'Now I want someone to hug whoever took part in the film,'” recalled Vietz. “And because I was there at that moment he took me in his arms and with tears in his eyes said, 'No one has ever told this history. Finally, we have another voice, and it’s so true.’"

Freedom on four wheels in East Germany have 825 words, post on www.dw.com at January 16, 2012. This is cached page on Europe Breaking News. If you want remove this page, please contact us.